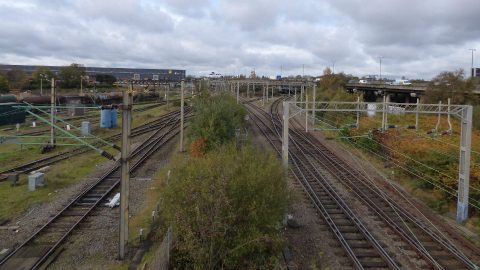 Rail freight is the real winner with HS2 in the UK

Promoters of Britain’s new high-speed railway say that freight will benefit from more paths and capacity, freed up by the 80 billion British pounds (94 billion euros) project, but that may well depend on completing the northern phases of the line.

The hugely expensive and controversial HS2 project is forging ahead in Britain. Despite a delayed independent review and a general election, work is underway to build the new high speed connection between London and Birmingham, with proposed future extensions into the north of England, and even optimism that the route will eventually reach the central belt of Scotland.

While the project was conceived as a faster passenger route between England’s two biggest cities, the 125 mile (200km) route has latterly been promoted as a means of releasing capacity on the lines it will complement. A statement from HS2 says the project is the only answer to meeting future demand.

“The Government is investing 40 billion pound (47 billion euros) in the existing network,” says HS2, a figure broadly matched by the investment programme published by Network Rail. “This cannot provide all the additional capacity required for the future,” they say. “As a brand new line, HS2 is the best option for taking the pressure off the existing network and adding extra capacity where it is needed most.” 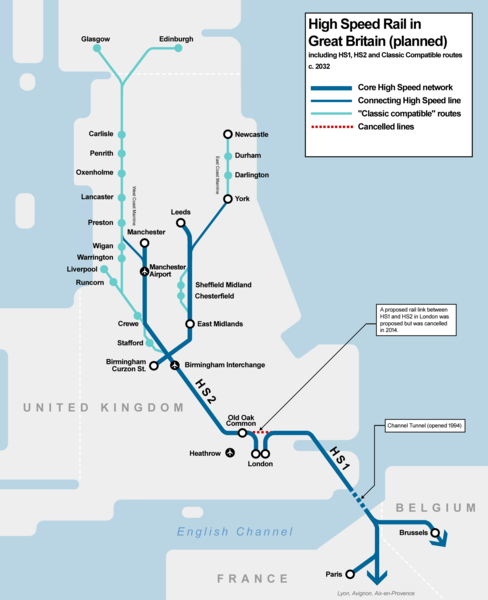 Speaking a promotional video, Lindsay Durham, Head of Strategy at Freightliner, was confident that HS2 would deliver more capacity for freight. “Rail freight plays a really important role in supporting the economy. Places like Doncaster and the rest of the North East will benefit from HS2’s eastern leg, for the additional freight services that can be operated on the existing networks.”

The two minute video, viewed just over one thousand times on the HS2 website, paints an enthusiastic picture for the freight benefits of the line. However, it is difficult to see the direct benefits to the areas of England specifically mentioned, unless the approval is given for the later stages of the project.

Phase one of HS2 will take pressure off the busy West Coast Maine Line, which serves all the biggest population centres in the UK. “The West Coast Main Line is Europe’s busiest mixed-use railway, accommodating fast inter-city services, stopping commuter trains and freight,” says an online statement from HS2. “By putting high speed services on a dedicated line, HS2 will allow more trains and fewer delays along this route.” However, relief for the East Coast Main Line, serving places like Doncaster, will only come when the later northern phases are built.

A ‘go-no go’ recommendation on that construction phase rests with a review, chaired by Douglas Oakervee, a past president of the Institution of Civil Engineers, which was commissioned in the summer by the last government.

The UK General Election has played a part in delaying publication of that report, which may have afforded the chairman more time to deliberate. Despite an embarrassing fall-out with the co-author of the report, who has refused to sign off the recommendations, a widely spread leak claims that the report will endorse the project, and its later stages. So the release of ‘HS2: More freight by rail’ may be justified after all.

The video is put forward as a case study, showing the benefits of the project. Given the Conservative Party win in the UK General Election, and the party’s manifesto commitment to developing infrastructure in the north of England, there is renewed optimism that these plans will become a reality. HS2 itself may not carry any freight, but hopes are high that the capacity released by the new line will be filled by freight paths. Those paths however may not be freed up for a decade or more to come. Hopefully, the Oakervee review will be published before then. 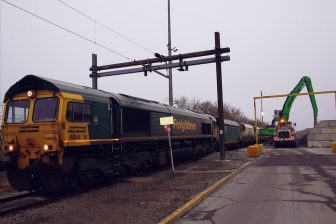 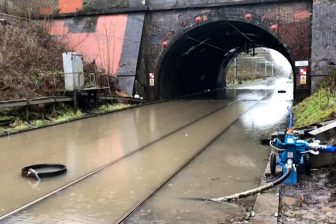