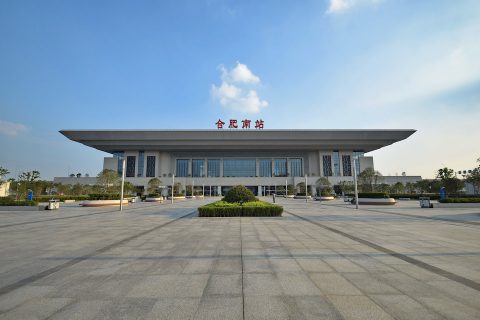 If you are active on the New Silk Road, you need to be aware of possible sanctions, as the list of sanctioned goods, persons and transactions is growing. Disagreements between China on the one hand, and Europe and the US on the other over human rights in the Xinjiang region are the main reason at the moment.

Just this week China has announced sanctions on four members of the United States government’s Commission on International Religious Freedom in retaliation for penalties imposed on Chinese officials over complaints of abuses in the country’s northwestern Xinjiang region.

It is only the last in a series of sanctions being imposed back and forth, Europe not excluded. It is important to be aware of these measures when doing business with or in China, said sanctions lawyer Sebastiaan Bennink from legal firm Bennink Amar. At the European Silk Road Summit, he provided a workshop, explaining in which cases sanctions apply.

On 7 December 2020, the EU Global Human Rights Sanctions Regime was adopted. This regime targets those responsible for, involved in or associated with serious human rights violations and abuses worldwide. Point to the case was made directly with reference to human right violation of the islamic minority group the Uighurs in the Xinjiang region, as they are believed to have been forced into reeducation camps.

This was a mere symbolic move. For example: Chinese entities such as the Xinjiang Production and Construction Corps (XPCC) were put on the sanction list. As a result, dealing with this company is considered a sanction violation.

In retaliation, China imposed new sanctions on 22 May this year on ten individuals and four entities in the EU, including members of the European Parliament. “China stated the designated entities ‘severely harm China’s sovereignty and interests and maliciously spread lies and disinformation’”, Bennink explained.

In response, the European Parliament adopted a new EU-China strategy on 16 September this year. Among other things, it concluded that there is an “urgent need for the EU to complete its range of autonomous measures including on the export of dual-use technology”.

What do these retaliations mean in practice?

As a lawyer, Bennink has seen many cases where a company was not aware that it was in breach of EU regulations. “As a company, you are obliged to do due diligence, assessing the company or the products you are dealing with.

As an example, he takes gravite: “This can be used in cars and pens, but also in nuclear warheads. In the EU, there is a document counting 360 pages of products that are subject to export controls. There is a very good chance that the product you are exporting is on this list. And this list has recently been amended in light of cyber security.”

In the case of sanctions your due diligence may need to reach further, as the rules are complex. For example, if you have a branch office in the EU, this falls under EU sanction rules, but a subsidiary does not. If you are dealing with a sanctioned shareholder in China but his share in the company is less than 50 per cent, the transaction is not sanctioned. If the share is more than that, sanctions do apply.

“And then there is the case of control over a company. This is when for example a sanctioned person put his nephew in charge of a company, but he has considerable control over his nephew, and thus over the company. In this case, a transaction with this company is a violation of the sanctions regime.”

China is not the only country dealing with sanctions, Bennink points out. “Also Russia is subjected to a long list of sanctions. Here, many people closely related to Vladimir Poetin are on the sanction list. Also in Belarus, certain individuals surrounding the government are sanctioned. And then there is Iran, which is subjected to US sanctions.

All these countries have many active players on the New Silk Road, and thus it is not a luxury to be made more aware of the possible sanction violations, especially when you know that a violation can result in hefty fines. Bennink: “In the Netherlands for example, the maximum penalty for entities is 870.000 euros, or 10 per cent of the yearly income. For individuals this is max 87.000 euros and six years imprisonment.”