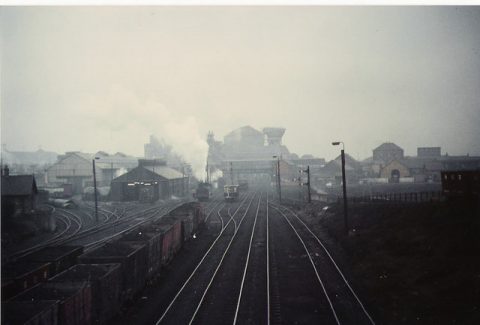 The new UK rail minister, Huw Merriman, and rail employer representatives, have scheduled a meeting with RMT general secretary Mick Lynch this Friday (2 December). However, after a preliminary meeting last week, between the Lynch and Harper, the transport secretary made a widely covered media appearance on Sunday, firmly putting the case for no reward without reform, saying working practices must change if the union’s pay demands are to be considered.

That did nothing to placate the union. The RMT has said the government’s “lack of urgency” is “astonishing,” given that strike action is scheduled to start in two weeks time. The union recently gained a new mandate from its members to carry on striking.

They have also upped the stakes by writing to a long list of business groups and the hospitality industry, impacted by the strikes. That action comes after the transport secretary wrote to Lynch, inviting the union to meet with him, and his deputy, and the rail industry’s representatives.

Loss of revenue covered by government

“Whilst I have accepted the offer this lack of urgency from the government is astonishing’, said an irate Lynch. “By this Friday more than a week will have passed since I met the Secretary of State [for Transport] without an offer being put on the table. Time is running out.”

The union’s letter claims to understand the impact that rail strikes are having on the economy, and the hospitality ands entertainment sectors in particular. “While you face disruption to your business at this critical time, the private rail businesses we are in dispute with will not lose a penny. Despite the rail companies being the employers of the staff taking strike action, the government has decided to protect these private rail businesses from being liable for any loss of revenue arising from the strikes. This also ensures that the rail companies can continue to make profits, despite the strike action.”

Lynch goes on to point out that RMT has come to a negotiated settlement with the Scottish and Welsh devolved governments on pay and conditions on the railways. There is no settlement with Westminster, leaving the RMT in dispute with passenger operators based in England and with Network Rail, the national infrastructure agency. Freight operators, although affected by the long-running dispute, are largely uninvolved.

According to figures provided by the RMT, which they say are from parliamentary sources, the UK government has provided all the operators involved with indemnities of 318 million pounds (350 million euro) to cover the cost of the strikes. “If these strikes go ahead, the rail companies will continue to make profits, which is clearly prolonging this dispute with their taxpayer funded bailout.

The list of addressees of the union’s letter include the Confederation of British Industry,  UK Hospitality, and the British Chambers of Commerce. There are no railway industry recipients included.

The figures obtained by the RMT purport to cover indemnities if the next phase of strike action goes ahead. They range from a little less than eight million pounds (9.5 million euro) to Essex Thameside (trading as c2c); to over 51.5 million pounds (around 62 million euro) for the much criticised Avanti West Coast operation. Excluded are the operations directly run by the Department for Transport, the East Coast services of LNER, and the extensive network of Northern, and so called ‘open access’ commercial operators, like Lumo on the East Coast Main Line..