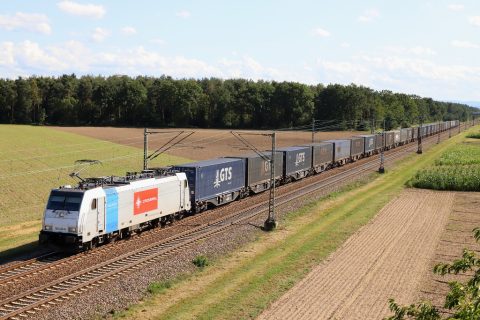 GTS, an Italian transportation company, will soon implement a new rail freight service between Bari, in southeastern Italy, and the port of Genoa, in the northwest of the country. The service will start on 16 December and aims at helping smaller industries in the Apulia region and the south of Italy to access new, bigger, international markets, as the company highlighted in a LinkedIn post.

The end destination at the port of Genoa is the PSA Genoa-Prà terminal, one of the port’s biggest container terminal. GTS Rail, a subsidiary of GTS, will take care of traction operations, while GTS will act as the multimodal transport operator. The Italian company will also provide services including customs, temporary storage, and maintenance. The service will be available under the pay-per-use modality, which allows customers to book single train slots.

At the beginning of October, GTS somehow made history after launching the longest intermodal service in Europe, connecting the terminal Bari Lamasinata, on the Italian southeast coast, to the port of Zeebrugge, in northern Belgium. The train running this service has been named 2SeasTrain, given that it links the Mediterranean Sea with the North Sea.