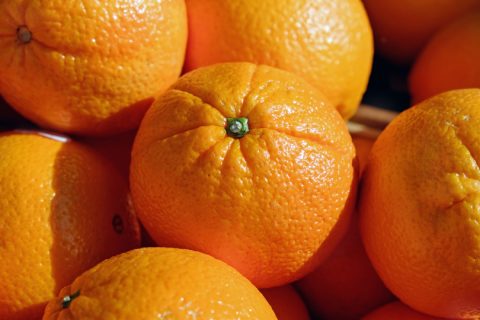 Fresh produce trains from Spain are to be spotted on tracks again. Sealand, a Maersk company, is ready to launch new intermodal flows with reefer containers between Valencia and London. The service, which is currently in the testing period, will commence officially in October and offer three weekly roundtrips. On top of that, it could extend to other European destinations.

Spain, and especially Valencia, are famous for their fresh products reaching retail stores in several European markets. As a result, the latest addition to Maersk’s reefer intermodal chain is a logical solution to bring two major markets closer. The first Valencia-London trains will start running through France and the Channel in late October, carrying fruits and vegetables.

However, keeping sustainability in mind, those trains will not run empty on their way back since they will offer open space to carry non-refrigerated cargo to Spain.

To Benelux and further

Fresh produce flows from Spain to the UK is one thing. However, Maersk aims for more. As a company spokesperson mentioned, the test period of the Valencia-London trains has proved to be very successful. If the official service continues at this pace, we could soon see more such trains running through France to the Benelux, Germany and all the way north to Scandinavia.

Tackling many issues at once

Maersk explained that over 90 per cent of fresh produce exports from Spain transit to Northern Europe by road, with up to 1,400 trucks crossing the Spanish border towards main European markets daily. Understandably, there is a need for a modal shift in this transport segment that has not been achieved yet.

Apart from that, putting reefers on trains can contribute to other issues too. Diego Perdones Montero, Maersk’s area managing director for France, Iberia and Maghreb, highlighted that the new service solves several challenges that reefer customers in Spain are faced with when exporting.

“Firstly, many large retailers want to reduce the carbon footprint of the products they sell. Secondly, there is a prevailing shortage of truck drivers, so cross-border road transport is often limited and unreliable. Thirdly, the capacity and quality of the major roads are limited, leading to congestion. Our rail transport makes Spanish exporters independent from the driver shortage and road bottlenecks and offers more than 90 per cent lower CO2 emissions,” he concluded.

Test shall prove, that railways is the contemporary device – as now, in fact, all wares shall be treated – as refer!
(Not even, core niche of railway customers, afford luxury of not caring about “eta” – and Maersk, in particular, has it’s own brand to care about – the most on time operator… – at Ocean freights.) An interesting test, indeed!

Which terminal will be used in Britain.