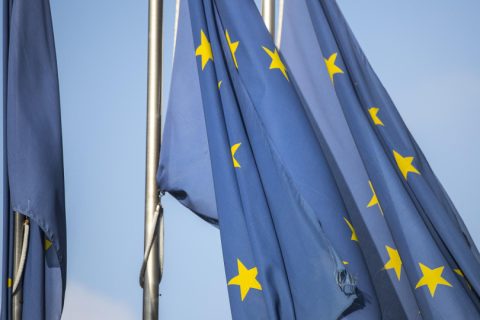 The European Commission proposed introducing a standard European track width of 1435mm for all member states. This is because the war in Ukraine has made Brussels realise that different track gauges can cause many restrictions in the transport sector. Countries with a different gauge in the European Union are Ireland, Finland, Estonia, Latvia, Lithuania, Portugal and Spain.

The EU wants to change the existing amendment proposal for the new TEN-T regulation from last December. The current proposal will, from now on, be part of the ongoing negotiations on the revision of the TEN-T regulations. Due to the challenges posed by the war in Ukraine, the EU realised that better connections with neighbouring countries of the EU are now “needed more than ever.” “Our efforts to facilitate Ukraine’s grain exports have shown the importance of interoperability in the transport system,” said Adina Valean, European Commissioner for Transport.

Therefore, the Commission proposed that all Member States with an overland rail connection with other Member States are obliged to build their new TEN-T railway lines with the European track gauge of 1435mm. These countries must also draw up a plan for adapting the routes that are part of the nine existing corridors of the trans-European transport network to the European standard. This includes a cost-benefit analysis. If this is negative, member states can choose not to adapt their network.

The European Commission proposed to extend the North-Sea Baltic Corridor to the port city of Mariupol via Ukraine’s Lviv and Kyiv instead of the Polish-Ukrainian border. The Baltic Sea – Adriatic Sea Corridor and Rhine Danube Corridor both have to extend from the Slovakia-Ukraine border to Lviv. The Baltic Sea-Black Se /Aegean Corridor is to run from Romanian Bucharest to the port city of Odessa via Moldova.

Due to the current situation, the European Commission no longer feels the need to focus on expanding to Russia and Belarus and therefore removed these plans from the proposal. The Commission did, however, note that Belarus can be re-introduced into the regulation after a democratic reform.

In the revised proposal, the EU body also wants to give less priority to developing Member States’ existing cross-border transport links with Belarus or Russia. This concerns the last kilometres from Finland, Latvia, Estonia, Lithuania and Poland to the Russian and Belarusian borders. Connections that still belong to the TEN-T core network must be relegated to “the comprehensive network”. This means, among other things, that these connections must meet the TEN-T standards only in 2050 instead of 2030.

Contemporarily, as well – at any shift, at any reinvestment, etc, the needed upgrading shall be performed.
For low and limited forces and tensions, stability of track, in x-, y- and z dir., shall be ensured – by System.
By damping of energy imposed, vibrations and noise (symtom) safely shall be low and limited, etc.
(Current, low price standard has turned a high cost…)
Added utilisation of assets, then will be bonus, etc. Quality pays!
(Other modes, by sea, etc. upgrade for lower costs, etc.)