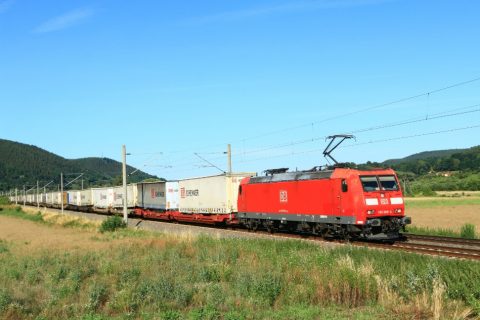 Early on Wednesday morning, the German network operator DB Netz had to temporarily pull the plug on all rail freight transport in Germany. As a result, freight trains were halted at numerous points for hours.

As the reason for stopping electricity supply to freight trains, DB Netz mentioned an ‘undersupply’ of electricity by sister company DB Energie to the rail network. This meant that the German infrastructure manager had to prioritise some trains over others.

DB Netz stated that freight trains were stopped at ‘appropriate points on the railway network’. In the meantime, the power supply has been fully restored, and trains are rolling again, according to the infrastructure.

Rail freight traffic disruptions due to the power shortage occurred particularly in Northern Germany, along the North-South corridor Hannover-Frankfurt/Würzburg, on the so-called Moselle route between Koblenz and Trier and in the federal state of Bavaria. There were no delays in the federal state of North Rhine-Westphalia, bordering with the Netherlands.

This article was originally published on our sister publication nt.nl.