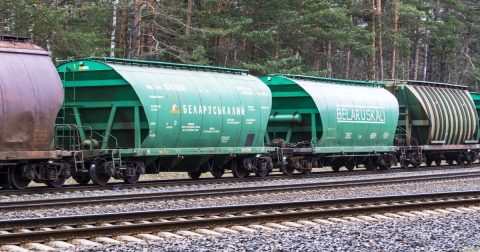 UPDATE – The ban of Lithuanian Railways on transporting Belarusian fertilisers in compliance with US sanctions seems to spread like a virus in the Baltic countries. After Lithuania, Latvian companies also seem unwilling to undertake such a task since they want to follow the sanction programme.

After officially informing the Belarusian potassium fertiliser company Belaruskalij that their partnership ends on 1 February, LTG now looks for legal ways to avoid cooperation with other fertiliser companies from its neighbouring country.

“Should we receive new requests from existing or potential customers for the transportation of Belarusian fertilisers, the railway freight company LTG Cargo will consult with state authorities on them,” said Egidijus Lazauskas, general director of LTG. In practice, this means that in case LTG is approached “by other companies that are not included in the sanctions lists, the company should have legal arguments to refuse to transport such cargo.”

On the other hand, despite LTG claiming that “other carriers may also apply to transport Belarusian fertilisers through Lithuania” and that Belaruskalij or other Belarusian fertiliser companies could choose other Baltic countries to transit through, this does not seem to be the case.

In fact, the mood is rather hostile for Belarusian potassium products in the Baltics. Latvia had imposed a ban on their transport between 20 December 2021 and 15 January 2022. However, even if the ban expired, private and state carriers still do not affiliate with Belarusian potassium companies. The Latvian newspaper The Baltic Times reported that Belarusian companies had not contacted private Latvian carriers to work with them, despite that in previous months, some of them examined such a possibility. But even if they did, the Latvian government does not provide much space for cooperation.

“We will not leave Belarus alone”

The discussion around potassium fertilisers and their transit from Belarus to and through Lithuania started a year ago, in February 2021. Back then, Belarusian president Lukashenko threatened to withdraw the precious, in terms of revenue, cargo from Lithuania to exert political pressure. Belarus was examining the possibility to transit its fertilisers through Russia and its ports as an alternative.

A year later, it was Lithuanian Railways that withdrew their services after all. Currently, Belarusian potassium companies try to find alternatives to distribute their products, and Russia is again in the scenario. Dmitry Peskov, press secretary of the Kremlin, left some cooperation windows open in one of his statements.

Specifically, as the Belarusian news agency afn.by reported, when asked whether Russia is ready to redirect the supply of Belarusian fertilisers, Peskov said that this is a very sensitive issue to be discussed at the moment. However, he underlined that Belarus is Russia’s partner and the “will not leave it alone”. Furthermore, he added that the specific market is significant and certainly something to discuss in official meetings between delegations of the two countries. 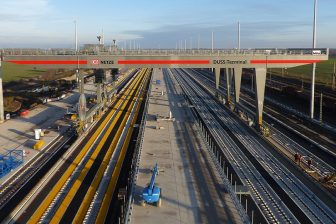