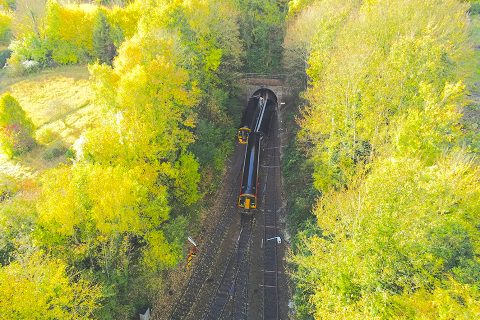 Are there freight implications from the collision at Salisbury?

Two passenger trains collided near Salisbury in the west of England at the weekend. No fatalities were reported at the time, but one of the drivers was severely injured, and several passengers were taken to hospital. Investigators are on site, and questions are already being asked if the nature of the crash could mean operational changes for passenger or freight services.

Last weekend had already seen the UK rail network subjected to many weather-related incidents when an accident shocked the UK on Sunday night. There had been severe disruption to main Anglo-Scottish routes and flooding in the Severn Tunnel between England and South Wales. Therefore, the crash circumstances in the West of England led to immediate speculation that autumn’s falling leaves, combined with the stormy weather, had been a factor. That caught the attention of the rail freight sector as keenly as the rest of the nation.

The railways had been making the headlines over the weekend for all the wrong reasons. Weather delays had hindered delegates travelling to the COP26 in Glasgow, while tens of thousands of passengers had been stranded up and down the country. Coupled with planned engineering works, freight operators faced postponements, complicated rerouting and lengthy diversions. 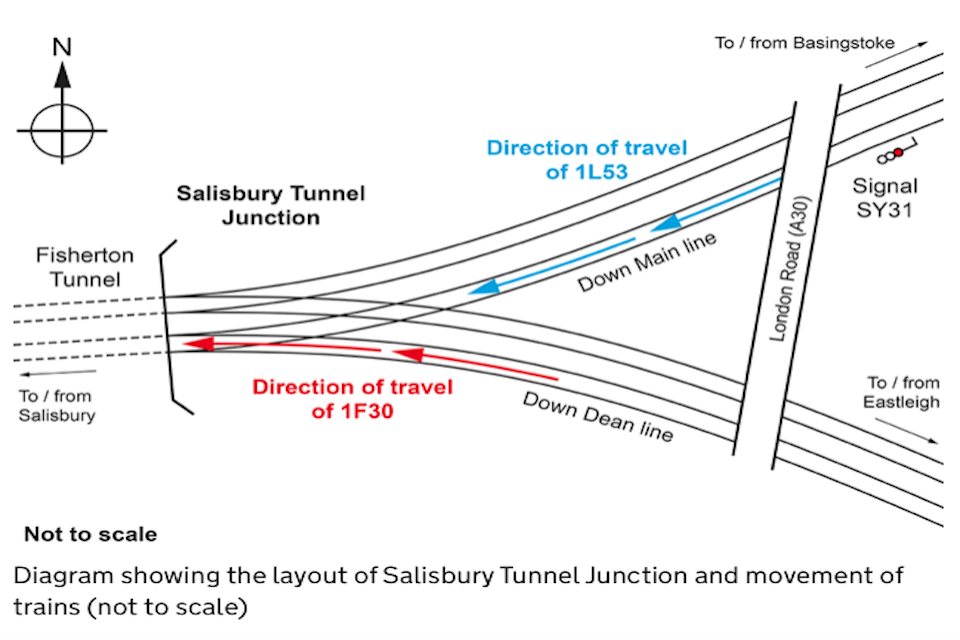 Two trains in one junction

According to the Rail Accident Investigation Branch, the official examination body, at around 18:45 hrs on 31 October 2021, the 17:20 hrs South Western Railway passenger service from London Waterloo to Honiton (designated train reporting number 1L53), collided with the side of the 17:08 hrs Great Western Railway passenger service from Portsmouth Harbour to Bristol Temple Meads (1F30). The collision occurred at Salisbury Tunnel Junction, which is on the immediate approach to Fisherton Tunnel, near Salisbury in Wiltshire, in the West of England.

The infrastructure management agency Network Rail has since responded to speculation that low adhesion may have contributed to the accident. This has drawn attention from the rail freight sector. Martin Frobisher, Network Rail’s safety and engineering director said Sunday’s accident was incredibly frightening for everyone involved. “Initial findings suggest that low adhesion played a key part in causing the collision. It’s an issue that affects railways across the world and is something that we, and our train operator colleagues, work hard to combat”, he said.

Network Rail say they work hard on the annual problem of low adhesion, with a fleet of specialist trains deployed around the network to combat such problems as leaves on the line and wet weather and sub-zero conditions. “Incidents such as the one in Salisbury at the weekend are infrequent”, Frobisher said. “We will continue to work closely with investigators to understand what happened and what more we can do to help prevent this happening again.”