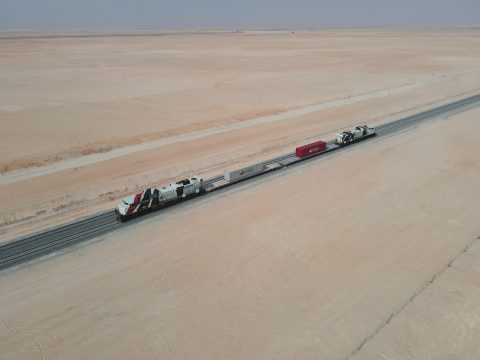 The UAE National Railway Network is one step closer to completion, with the delivery of the railway line to the border with Saudi Arabia. Once complete, it will cover all of the country for freight and passenger traffic, and be integrated with the neighbouring networks.

The construction works for Package A of Stage Two have been completed, was the announcement at a virtual meeting to review the latest progress of the construction works this week. This includes the 139km section connecting Ruwais with Ghuweifat on the border with Saudi Arabia.

Package A of Stage Two was formally announced on 29 January 2020, and has been delivered two months ahead of time. “At a time where many sectors were subject to a slowdown due to the challenges presented by the COVID-19 pandemic, Etihad Rail has continued to forge ahead and complete the project according to its clearly defined goals and comprehensive work plan”, said His Highness Sheikh Theyab bin Mohamed bin Zayed Al Nahyan, Chairman of the Abu Dhabi Crown Prince’s Court and Chairman of Etihad Rail.

“Throughout, Etihad Rail has ensured the continuity of business while implementing the required precautionary health and safety measures for all employees.” 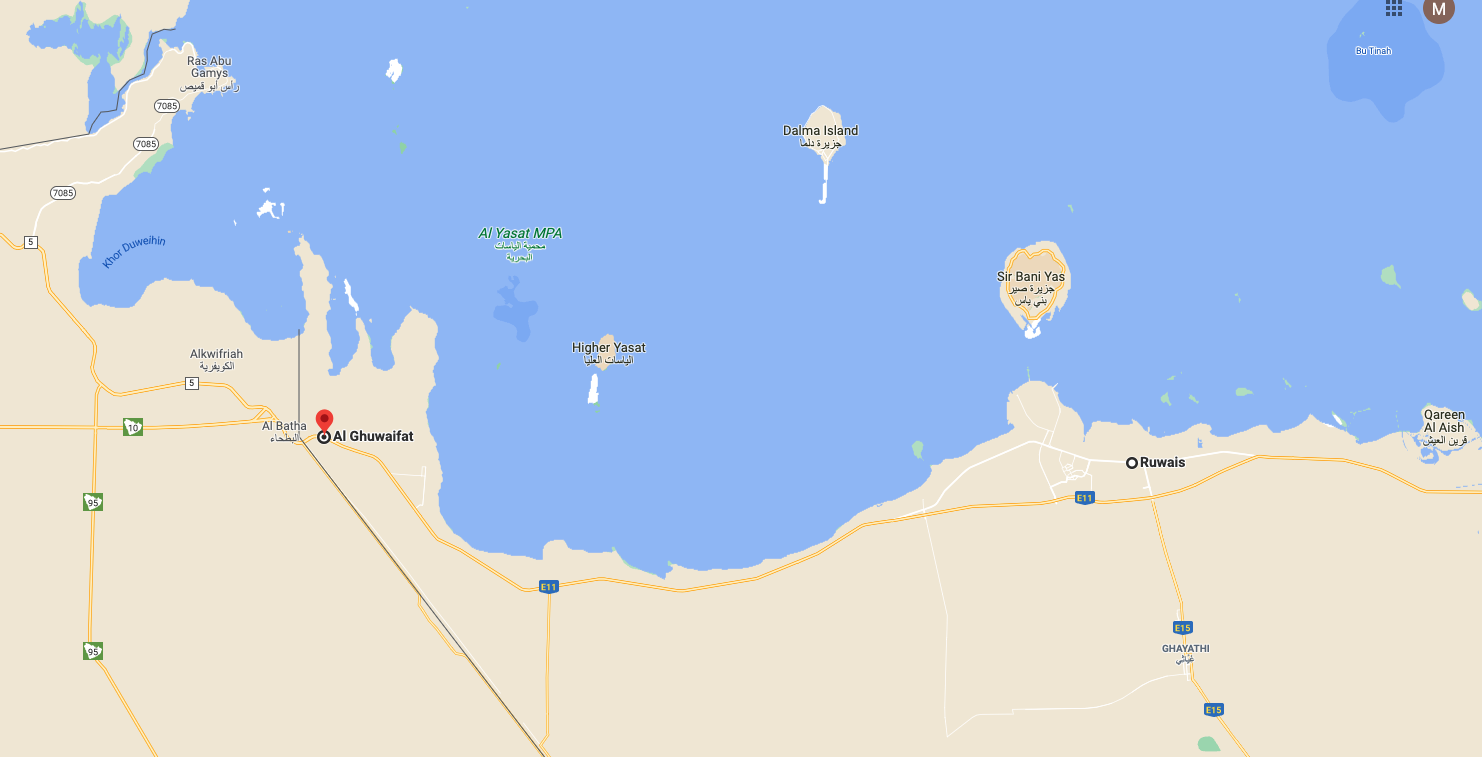 Etihad Rail will eventually connect vital areas in the seven emirates via a track extending over 1200 km. Stage One has already been completed, and includes a 264km line from Habshan to Al Ruwais. Here, granulated sulphur from the Abu Dhabi National Oil Company is transported for export.

Throughout 2021, Etihad Rail was successful in reserving 40 per cent of the network’s annual transport capacity, which by the completion of Stage Two will amount to 60 million tons of goods per year. This was achieved through the commercial agreements Etihad Rail has signed including those with Stevin Rock, one of the biggest quarrying companies in the world, Western Bainoona Group, and Al Ghurair Iron & Steel (AGIS).

In the meantime, works are already carried out on Packages B and C. Package B links Tarif to Saih Shuaib on the edge of Dubai. Package C links Saih Shuaib to Sharjah.

In the next phase, the northern emirates will be linked with Dubai Central, Port Saqr and Khor Fakkan, adding another 250 kilometre of railway to the country.