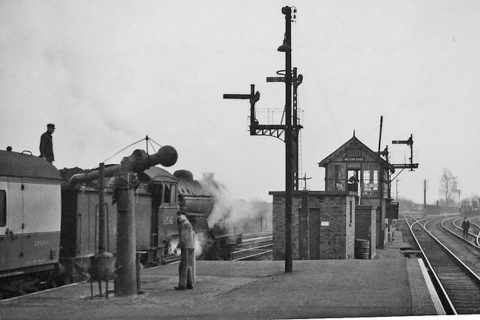 Prospects for rail development are being boosted by anticipated freight traffic. The light logistics revival and the fast developing parcels industry is fuelling the reinstatement ambitions of campaign groups around the UK. The UK government rail reopening initiative, although aimed at passenger services, is being made more viable by bringing freight – particularly light goods traffic in to the mix.

The UK government has begun a programme of reinstating rail services to communities that have been cut off from the national network, sometimes for many decades. The competitive process is vastly over subscribed, but campaigners are looking at freight potential as a means of boosting their prospects of submitting a successful bid.

The north of Norfolk is not the most likely area to be considered for rail reinstatement. The largely rural part of England lost many of its rail services during the major rationalisation of the late 1960s. The so-called Beeching Axe, named after the government consultant, Richard Beeching, who recommended the cuts, fell on many of the region’s lightly used rural services. 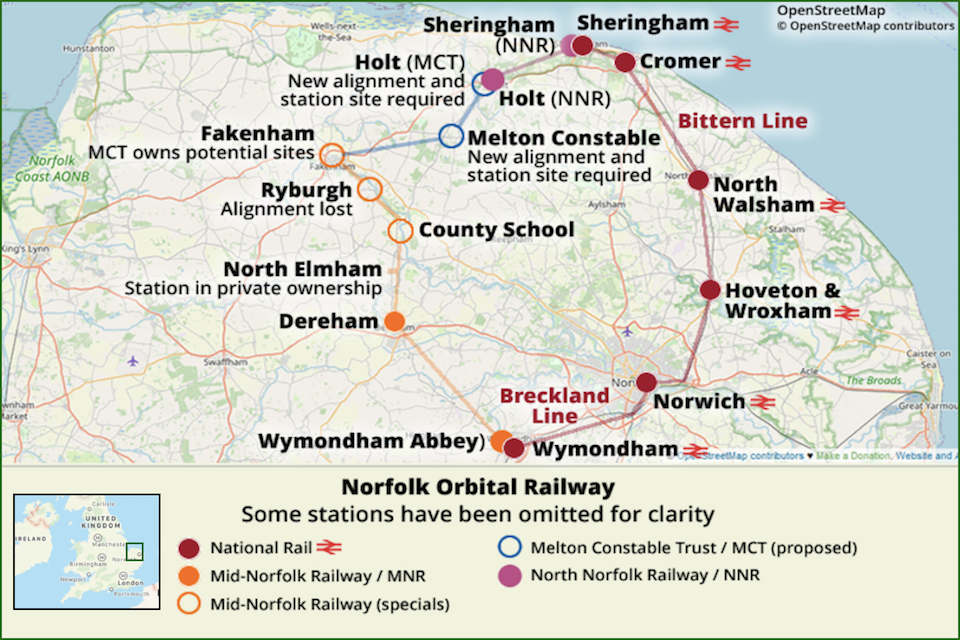 Now, campaigners there are seeking an ambitious programme, incorporating surviving lines, heritage lines, reinstated lengths and some new alignments, to make a mixed use network, dubbed Norfolk Orbital Railway. They aim to reverse the Beeching Axe, with a whole new circular service, reaching many of the communities abandoned up to fifty years ago. Their case is strengthened by the unexpected growth in demand for light logistics. With a number of operators seeking to bring parcels traffic back to the railways, and making better use of passenger infrastructure, it’s likely that smaller communities stand a better chance of having rail services restored, if their facilities can also serve freight needs.

The Norfolk Orbital Railway is a proposed circular, mixed use (heritage, public transport and freight) railway route conceived and promoted by a local trust. It is considered an ambitious proposal, not least for the list of challenges faced by the project – such as incorporating heritage railways into a full-blown mixed use railway, and attracting enough traffic from a rural area, such as seasonal agricultural produce. There are also parts of the proposed route that have since succumbed to development, requiring new-build track alignments – something that has always been difficult to persuade decision makers to adopt. That said, many supporters point to the vast new build projects already underway – including HS2 and London’s underground ‘Crossrail’ project. 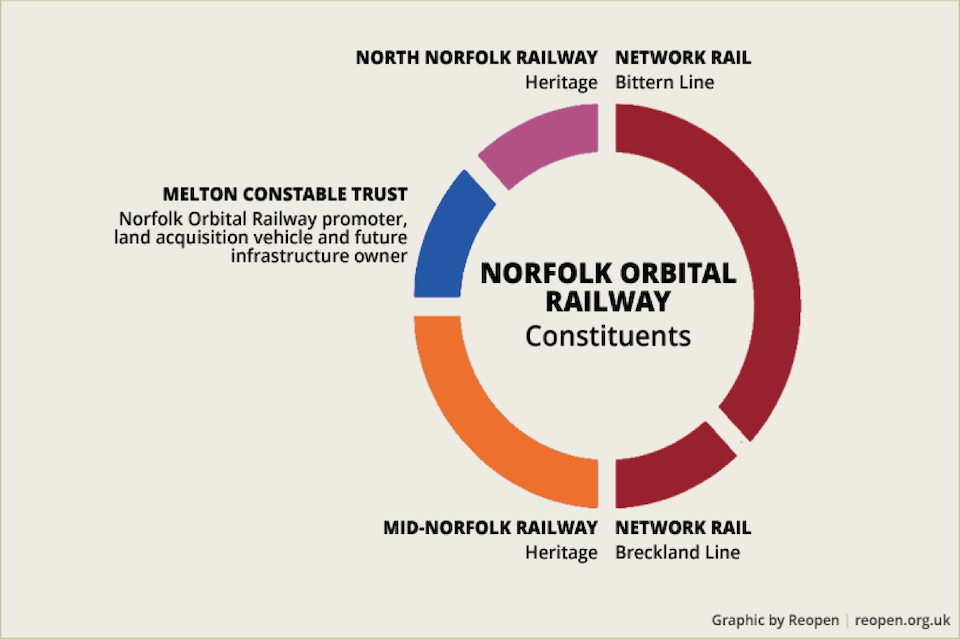 Campaigners in other parts of the UK are watching with interest. Relatively modest projects, such as the ‘PARS’ group seeking reinstatement of ten miles (16km) of line in Northern Ireland, connecting the town of Armagh to the network at Portadown, will see their business case strengthened with light logistics added to the mix. Their case already received a boost just last week, as governments on the island of Ireland joined forces to examine rail development on both sides of the border. In Scotland, the Campaign for Borders Rail, seeking a rather more ambitious 100km of new main line, have already made their case, and include freight in their submissions.

Norfolk Orbital Railway promoters have always recognised that their proposals are ambitious. However, with freight a genuine part of the mix, their case has been significantly strengthened.