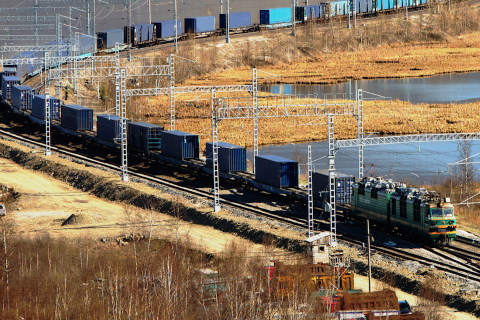 Transport Ministers from Fifteen different EU Member States signed and adopted a Joint Position Paper on 31 March. The Joint Paper calls out the EU Commission to launch an initiative for the support of rail freight operators and the promotion of modal shift in accordance with the objectives of the European Green Deal. The International Union for Road-Rail Combined Transport (UIRR) welcomed the dynamic initiative. However, it underlined the importance of not excluding Combined Transport (CT) operators from any kind of support measures.

The recently adopted position paper was signed by Transport Ministers of countries such as Austria, Belgium, the Netherlands, Italy, Greece, France, Lithuania, Estonia, Latvia, Luxemburg, Czech Republic and Ireland, among others. Their central purpose is to call the Commission to conduct a study on the optimal support schemes for rail freight operators to boost the sector and enhance the much-discussed modal shift.

In total, the EU ministerial initiative identifies three concrete and urgent objectives that the Commission should address as soon as possible. Firstly, the Commission should study how rail freight could quickly move towards more innovative and competitive concepts like digital automatic coupling (DAC). According to the 15 Member States’ Ministers, that will be the most efficient way to succeed the modal shift from road to rail.

Secondly, these innovation and digitalisation concepts should not only focus on operators but also on infrastructure. Modernisation should take place simultaneously; otherwise, the results will not be satisfactory and in line with EU objectives. Thirdly, European rules concerning financial support schemes from the Member States to rail freight transport should become simpler and more efficient. The same applies to approval processes by the EU Commission that should become less time-consuming.

What about intermodal and combined transport?

Even though UIRR welcomed the ministerial initiative to demand a more explicit focus on rail freight by the EU Commission, it also underlined the danger of excluding intermodal and combined transport from these objectives. According to UIRR, intermodal rail equals half of Europe’s overall rail freight. Consequently, the proposed study should also expand towards this sector.

UIRR proposed some extra measures and ways of approaching the issue for this purpose: organising significant investments in rail infrastructure and facilitating the ones already underway is crucial. Moreover, defining preferred railway lines for freight traffic in the context of the revised TEN-T Guidelines Regulation is also critical. Additionally, investing in modernising or constructing new transhipment terminals for making freight’s access to rail infrastructure easier would be ideal.

Finally, UIRR highlights the importance of upgrading railway lines that lack a P400 semi-trailer loading gauge and reassuring that all TEN-T corridors will also be compatible with freight’s loading gauge.

On its behalf, the European Rail Freight Association (ERFA) also welcomed the ministerial initiative since it clearly showcases rail freight’s prioritisation on a national level. According to the association, the Joint Position Paper identifies the need for sufficient support measures that will help rail freight grow more and reach decarbonisation and modal shift goals.

“We welcome the ambition and attention being shown to rail freight. It is important that the designation of 2021 as the European Year of Rail is also followed up with concrete actions which assist the rail freight sector”, said Dirk Stahl, ERFA’s President. Moreover, Conore Feighan, Secretary of ERFA, added that “the Joint Position Paper of Member States is well timed as we are fast entering a period of legislative revisions to a number of key texts. The Joint Position sends a clear message to the European Commission that a majority of Member States expect an ambitious approach which delivers for the rail freight sector”.