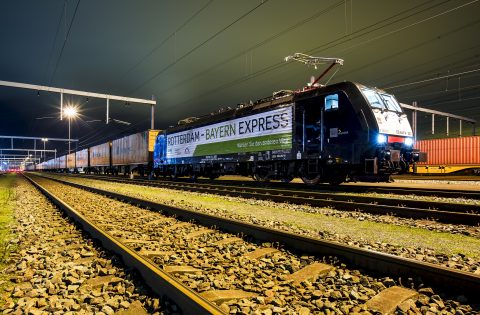 It is the forth destination of European Gateway Services (EGS) in southern Germany. Munich, Nuremberg and Stuttgart (Kornwestheim) were already part of the EGS network. Together, the four routes make for a total number of 22 train departures per week. The demand for reliable and efficient transport connections between western ports and the south of Germany is growing, the company explains. “EGS meets this need by expanding its network.”

EGS is the transport product of Hutchison Ports ECT Rotterdam. In Rotterdam, it serves all deepsea terminals on the Maasvlakte, and it provides onwards connections to Antwerp. In Regensburg is calls on the Duss Terminal Regensburg-Ost. Apart from southern Germany, the company also links to Austria and the Czech Republic.

The connection is suitable for both export and import cargo. “Rotterdam is often the first and last port of call for intercontinental container liner services, which means that containers reach their destination in Europe earlier than from other north-west European ports or, in the case of export, they are delivered later”, the company concluded.