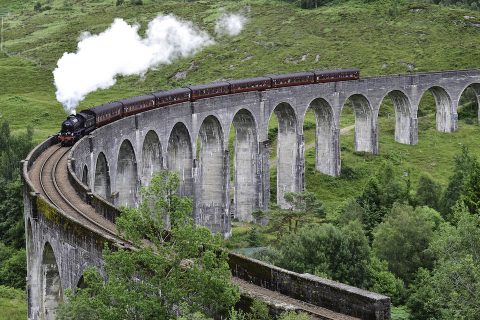 Fears have been expressed that the last regular freight service on the West Highland Line may soon be lost. The operators of the smelter at Fort William have announced plans to upgrade marine facilities, which may well mean the end of regular rail freight flows from North Blyth in England, where bulk cargo is currently shipped.
The line would be restricted to passenger services only, serving the seasonal steam charter service known as The Jacobite; this doubled as the Hogwarts Express in the popular Harry Potter film series. The line terminates at the fishing village of Mallaig – accessed via the iconic Glenfinnan Viaduct. It also serves the ferry port of Oban via a long branch line.

Plans to expand aluminium production have been welcomed in Fort William, where there are local job opportunities. Alvance Aluminium, the smelter’s operators, have announced a 94 million pound investment (about 120 million euros) in a new recycling and casting facility, which will bring production to 80,000 tonnes a year, almost double the current level. However, the plans also include improved sea-borne handling, which, according to local media, could mean the end of rail freight flows. The smelter is the last user of freight on the line, with regular flows via North Blyth in England.

The West Highland Line serves a sparsely populated part of Scotland, but provides a life-line passenger service between the few notable settlements – Mallaig, Fort William and Oban – and through to Glasgow. Sleeper services connect with London. The passenger operator ScotRail had, prior to the pandemic, significantly increased frequency to cope with demand, and introduced specially adapted bike-carrying carriages.

Passengers and tourism on the line

Supporters of the line say the loss of freight services will jeopardise the continued viability of the line. “If this rail contract service ends then it will be the last freight service on the line”, said Doug Carmichael, of the Friends of the West Highland Line, a local active support organisation. “Freight transportation was such an important part of the history of the area, given it was once the site of a giant paper mill which used the rail line”, he said as reported in a local newspaper.

The line has been under threat in the past. It was among those slated for closure in the rationalisation of the 1960s, and again in the 1980s. Supporters say that the line was saved by the government-approved establishment of the aluminium smelter at Fort William. Despite the decline in freight fortunes, the line has thrived in recent years on the back of increased passenger demand, and tourism, including the popularity of the Harry Potter series, which used the line’s Glenfinnan Viaduct as a setting for the Hogwarts Express.

The line has also been in the news over the years for a number of reasons. Most famously, there was a spectacular freight derailment caused by a landslip. A North Blyth to Fort William working in 2012, cams off the rails at a remote loch side location. Intact recovery was deemed unfeasible, and the class 66 locomotive was dismantled for spares and cut up on site. 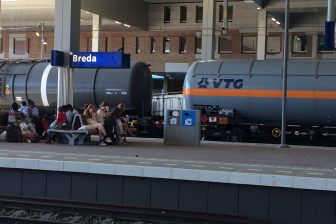 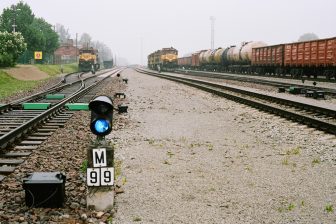 With regard to the freight traffic on the west highland line, (to Fort William) even if the Alumina was to transfer to sea surely there is potential to move the finished product by rail especially they are to increase output to 80000 tons a year! Even if it was only moved to Mossend for onward distribution.

The demise of wagonload freight has been a disaster for the carriage of freight by rail throughout the UK and especially in the Scottish Highlands. There is potential for timber, paper mill products, fish, mail, container traffic, oil, alumina, finished aluminium products, grain, whisky, construction materials and others to be carried rapidly in air braked wagons. These could be attached to limited loco hauled passenger services if a safety case can be found and the infrastructure reinstated.