Three extra trains between Milan-Rotterdam from next week

Three additional intermodal connections between Milan and Rotterdam are on the timetable for next week, and open for booking. They are part of the new intermodal service between Milan’s Rail Hub Milano and Rotterdam’s Botlek C.ro Terminal. The departure days are Tuesday, Thursday and Saturday in both directions.

The two cities are already connected with daily trains seven times per week. However, good cooperation and a high demand have driven operator Hannibal to expand the service. The line is open for P400 semi-trailers and is carried out with DistriRail as its operational partner.

The connection with Botlek Terminal provides a direct link to several short-sea services. According to Hannibal, it is possible to directly embark to short sea services to/from the United Kingdom on a daily basis, and to multiple weekly sailings to/from Ireland and Portugal, with no need for truck transfers.

Since late 2017, the connection between Melzo (Milan) and Rotterdam has been characterised by frequent train trips. In September that year, Hannibal introduced a seventh weekly route that would establish an uninterrupted daily link between the two destinations.

Almost a year ago, in February 2020, DistriRail took the responsibility of the daily service between Melzo and the port of Rotterdam. Moreover, the service expanded with a link to Antwerp and other destinations in Italy. Notably, the service proved to be very stable during the first wave of the COVID-19 pandemic, realising the undisrupted transportation of fresh goods possible in a quite uncertain time. 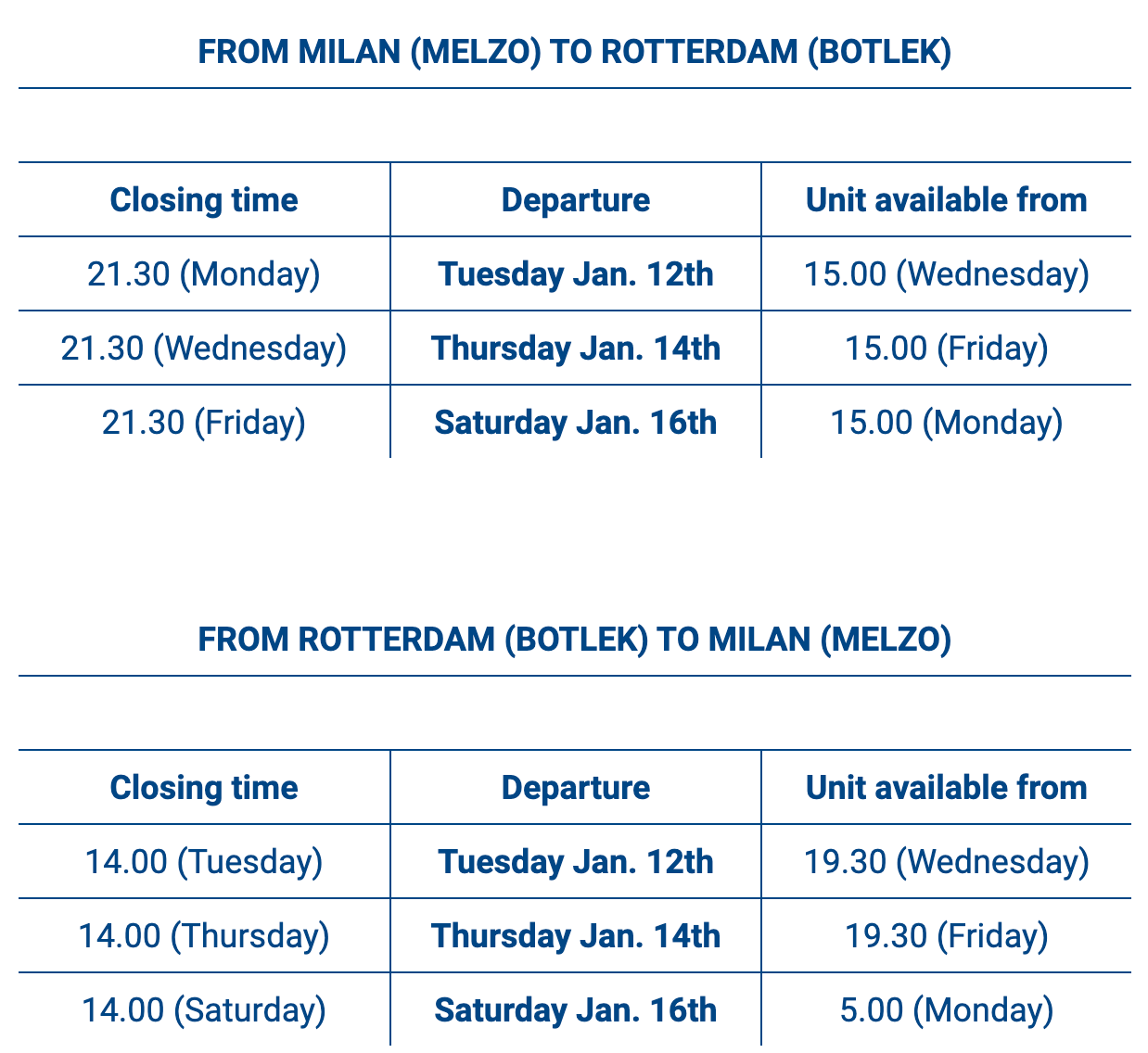