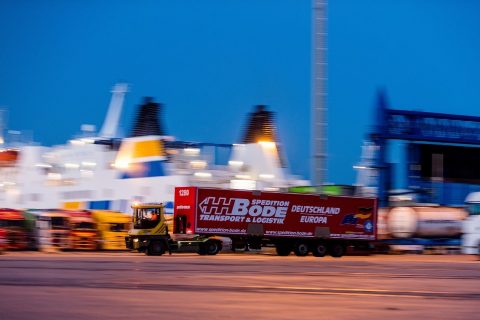 Kombiverkehr KG announced the launching of an additional direct train service between Verona (Italy) and Lübeck (Germany). From Lübeck, cargo will be transhipped on sea vessels to reach Sweden. The train will begin its operations on the first of February 2021 and will be able to carry four-metre trailers with a weight up to 28 tons.

The new block train will run three times per week in both directions. Additionally, it will connect the two destinations through the Brenner Pass at the Austro-Italian border. The intermodal company already offers daily trips on the specific route via Hamburg. Consequently, connections to Sweden will now reach the number of eleven per week.

More importantly, though, the new service provides a gateway to more destinations in Scandinavia as well the Baltic states. For instance, from Lübeck cargo will be transported to Trelleborg, Malmö, and Stockholm. From Trelleborg, there is a direct connection with Oslo in Norway. Moreover, there is another block train service that can facilitate the transportation of products to the city of Hallsberg.

The port of Lübeck can also provide direct access to the Finnish ports of Uusikaupunki, Turku, Hanko and Helsinki. Furthermore, Latvia can be reached through the port of Liepaja and Lithuania through the port of Klaipeda. Understandably, Sweden can be among the destinations, but it is not the only one, as the service is versatile and can have different ending points. The central feature that it provides is the direct connection between southern Europe and the North Sea.

As Peter Dannewitz, Head of Sales at Kombiverkehr KG, commented, “it is mainly the speed of the new product that appeals, and complements our northern European transport network”.

Specifically, customers who choose the new service will have the chance to transport their goods with a direct train and coordinated sea services which will significantly reduce transit times. Trips between Italy and Sweden will last 48 hours, while connections to Finland, let’s say, will take up to 72 hours. “These times are virtually impossible to achieve by the trucks on the road”, added Dannewitz.

Due to its remarkable speed features, the product is estimated to attract road traffic to rail. Nevertheless, the service itself showcases some particular ‘green’ characteristics. Rail is inherently a low-emission mode of transport. However, the combination with state-of-the-art ferries, some with electric drive motors, constitutes a development which offers a very well balanced and environmentally friendly transport option.

On top of the features mentioned above, potential customers of the intermodal company will also have the opportunity to book a package of comprehensive services that will include tank containers and trailers both on the rail and sea part of the line. Administrative times will thus get reduced, and no extra effort will be required from the clients. Decreased transit times result from this end-to-end function too, since it makes the whole transport process way more efficient.