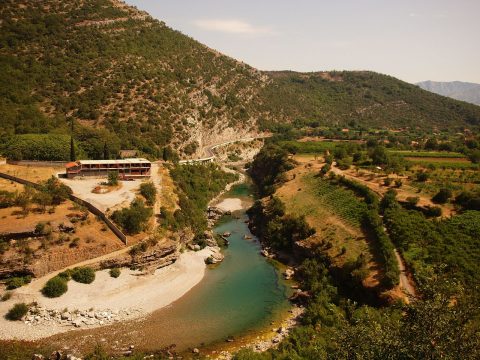 The agreement was signed in Belgrade on 21 September by RZD International LLC and Serbian Railways JSC. It is a supplementary agreement to the contract signed in January 2019, when the parties agreed about the modernisation of the Valjevo – Vrbnica section, a 210-kilometre long railway line. The project is financed for 57.5 million suros from the Serbian national budget and for 172.5 million euros through a Russian loan supported by Russian Railways.

The Belgrade-Bar railway line is a vital project connecting landlocked Serbia to the most important port of Montenegro on the Adriatic Sea, the port of Bar. It is an existing railway line, which will now be modernised to increase its capacity. An integrated traffic control centre should be built as well.

Apart from the Belgrade-Bar railway line, the railway line to Montenegro provides Serbia with a connection to the Montenegrin network, including its other Adriatic ports. This will contribute to the socioeconomic development of Serbia, both in terms of increasing cargo turnover and by increasing transport accessibility for the population. It is therefore not surprising that the Serbian government is investing heavily in this transport corridor.

Not less surprising is the involvement of Russian Railways in Serbia. The Russian railway company has been modernising and building railways in Serbia since 2014. “Together with our Serbian partners, we are taking on the most complex and responsible projects to revive the country’s railway infrastructure. This process is intensive and gaining momentum every year”, noted first deputy general director of Russian Railways Sergey Pavlov.

On the Stara Pazova-Novi Sad section of the Belgrade-Budapest line, Russian Railways is currently reconstructing the railway for a speed of up to 200 km/h and building a viaduct in the floodplain of the Danube River and the Cortanovci tunnel.

Russian Railways already completed the reconstruction of the Belgrade-Pančevo and Resnik-Valjevo lines, railway sections of the international transport Corridor X, and a railway track on the bridge over the Danube River. Also, 27 two-car diesel trainsets of Russian production were delivered to Serbia.