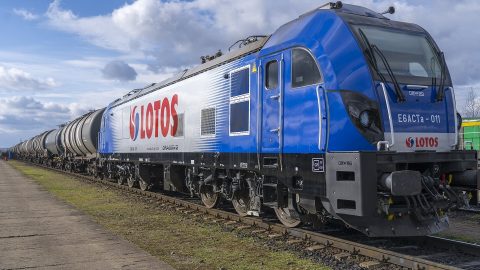 Poland’s rail freight market is on the verge of a big merger. Two major operators Lotos Kolej and Orlen KolTrans will be amalgamated into one entity. The combined operator will be a strong player in Poland as well as in the neighbouring countries.

After obtaining approval from the European Commission in mid-July, two Polish refinery holdings PKN Orlen and Grupa Lotos are gearing up to merge their businesses. Some assets will be divested, others will be combined on the basis of PKN Orlen companies. Both groups have their own rail freight operators – Orlen KolTrans and Lotos Kolej respectively. In this case, Lotos Kolej will play a key role and will take over Orlen KolTrans. This was announced by CEO of PKN Orlen Daniel Obajtek.

Both Lotos Kolej and Orlen KolTrans were incorporated in the early 2000s during the liberalisation of the Polish rail freight market. The operators provide similar activities, they transport oil and oil products from the refineries of their parent companies. However, they have different market shares. Lotos Kolej is the third-largest operator in Poland in terms of freight volumes and the second-largest in terms of transport performance (5.42 and 9.79 per cent in 2019). Meanwhile, Orlen KolTrans is ranked seventh and sixth respectively (2.55 and 3.71 per cent in 2019).

Such a difference could be explained by the business strategies of these operators. Initially, they were very similar. In the mid-2010s Lotos Kolej began to diversify its operations. The rail freight company extended the range of goods to transport by rail. Among them were the containers. Lotos Kolej hauled container trains on behalf of other companies including PCC Intermodal.

The planned merger of Lotos Kolej and Orlen KolTrans will strengthen the position of the combined operator abroad. Lotos Kolej is hauling freight with its own wagons and locomotives to Germany and Czechia. Orlen KolTrans is more focused on the home market.

However, PKN Orlen owns Unipetrol, the largest refinery in Czechia. The latter has its own rail freight subsidiary known as Unipetrol Doprava. It is the fourth-largest rail freight carrier in Czechia. Orlen KolTrans is closely cooperating with Unipetrol Doprava, especially on the Poland – Czechia connections. Moreover, the Czech operator also delivers goods to nearby Slovakia.