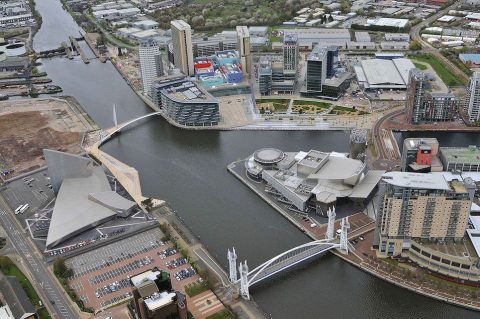 Significant changes in UK’s rail freight sector are to be addressed at the RailFreight Summit UK, to be held in Greater Manchester on 7 April. For the first time, the internationally successful forum for discussion and discovery is coming to the UK. Greater Manchester has been chosen to host the exclusive gathering of industry stakeholders and decision makers.

With the confirmation this week from the UK government that the massive HS2 project will go ahead, decision makers in the industry are now firming up their plans for the next decade. The importance of digitilisation, market sector growth and capacity are all hot topics. The HS2 project company has already expressed keen interest in addressing the summit.

Maggie Simpson, the director general of the Rail Freight Group, will deliver an industry address to delegates from across the UK. In her first major engagement after her association’s own annual general meeting, Simpson will explain the Group’s view and support for the future growth of the sector, in the light of changing circumstances in government, the economy and the environment. “I am looking forward to the opportunity to address a high-level audience, and propose the way forward for the industry”, she said.

The major themes of technological advance, network enhancement and future economic drivers will be the basis of the Summit. However, the competing interests of industry groups will make for lively debate. The priority of the HS2 project will be addressed by the argument for taking rail development further forward, with the consortia of interests from the north of England calling for much more infrastructure enhancement in their region.

Transport for Greater Manchester, the city-wide co-ordinator has a plan for urban freight delivery that will be unveiled at the Summit. The wider, government sponsored bodies, Transport for the North, and the advisory Northern Powerhouse Rail – the body formed to promote a new high speed, high capacity network connecting the sites of the north of England, will also be part of the debate.

Larissa van Heiningen, event manager for the Summit, said that she expected debate to be robust, and the views expressed at the Summit could shape the industry for years to come. “The rail freight industry plays such an important role in the UK economy, and that importance is only set to grow”, she said. “This is a prime opportunity to express opinion in front of an audience of decision makers, who are going to shape this industry for a generation”.

For more information, visit the website here. If you would like to be considered a speaker, it is also possible to send in an abstract.