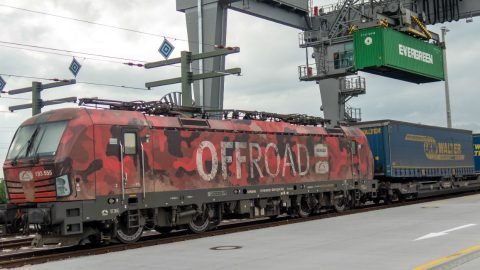 TX Logistik changes its terminal on the Leipzig-Verona route

TX Logistik AG’s intermodal trains, which travel between Leipzig and Verona will now use the Sommacampagna-Sona terminal at the Italian end. The change became effective with the new timetable on 15 December 2019.

“In Sommacampagna-Sona, we are the sole customer for intermodal traffic”, says Norbert Rekers, Regional Director Central Intermodal Europe at TX Logistik, explaining the reason for the change of terminal. “We expect short waiting times and optimised parking spaces there.

Sommacampagna-Sona is about ten kilometres from the Quadrante Europa terminal, which the rail logistics company used to use on the Leipzig route. TX Logistik added the connection to its timetable in February 2017. The departure point and destination in Leipzig is the DUSS terminal.

The number of round trips between Leipzig and Verona is currently four per week. The route runs via Passau and the Brenner Pass, where TX Logistik is one of the main players. “The terminal in Sommacampagna-Sona is large enough to increase the weekly frequency as demand for rail transport capacity increases,” emphasizes Norbert Rekers.

Verona is one of the most important hubs for TX Logistik in the intermodal network. The rail logistics company currently regularly connects seven locations in Germany and Padborg in Denmark with the northern Italian economic region. TX Logistik will continue to use the Quadrante Europa terminal on all routes except Leipzig – Verona.