Traffic volumes on the Dutch dedicated rail freight line the Betuweroute have surged last year, after two consecutive years of decline. The number of trains increased by 17 per cent to 23,950.

The Betuweroute witnessed its best year in 2014, when 25,100 trains passed the freight line connecting the Netherlands and Germany. The numbers then dropped to 22,900 in 2015 and 20,400 in 2016, the lowest number in the past seven years. Construction work on the connection to Oberhausen was the main reason for the decline.

In 2017 these construction works were considerably less frequent, and as a result the line was operative more often. Moreover, more trains utilised the connection via Meteren, partly due to the new railway line Zaltbommel-Meteren, opened in October 2016. The Betuweroute accounted for 45 per cent of the total cross-border traffic in the Netherlands, an increase by 8 per cent compared to 2016. These were the conclusions of Dutch information centre Rail Cargo.

The dedicated rail freight corridor was opened eleven years ago. Since the opening ihe number of trains grew steadily with around 5,000 a year, reached a peak in 2014. However, construction work on the ‘third line’, or the connection between Zevenaar in the Netherlands and Oberhausen in Germany led to closures of some parts of the corridor in 2015-2016. Especially 2016 witnessed a considerable number of closures.

Once the connection with Germany is completed, the Betuweroute is expected to achieve its full potential. The forecast is that between 34,500-37,500 trains will travel along the corridor in 2025. These volumes should reach between 37,000-43,000 in 2030. For this prognosis, the anticipated decline in the transport of raw materials is taken into account.

The Netherlands is the only European country with a dedicated freight line. Especially for the transport of chemicals this is a good alternative, as the corridor does not cross cities and is not interrupted by any crossings. The freight line is also considered a favourable option for noisy trains, as it crosses mainly through inhabited areas. 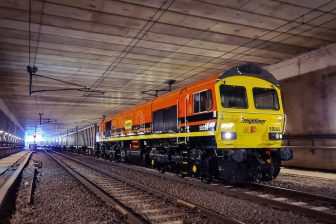 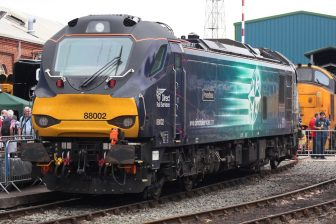 Unusual sight of freight train through centre of Edinburgh