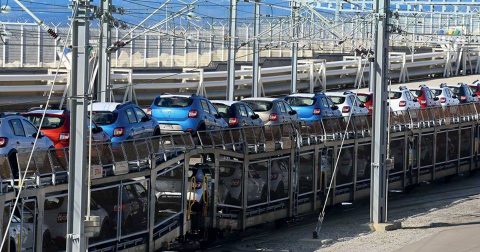 The national Moroccan railway company (ONCF) has opened a new railway terminal in the eastern city of Oujda to connect the city with Nador. The facility adds to a new 150-kilometre railway track that will link Berkane with Nador and Oujda.

This new railway infrastructure will be an axis to export the agricultural products of the area of Moulouya via Nador West, a new port which is currently being built.

The new Oujda terminal required an investment of 1.5 million Euros (174 million Moroccan Dirhams). ONCF has invested 640 million Euros from 2012 to 2018 to connect the eastern inland provinces close to Algeria with its Mediterranean and Atlantic ports, in order to increase its agricultural exports. As a a result, this area now records 650,000 tonnes of cargo shipped over 650 kilometres of rail per year.

ONCF will also invest 659 million Euros in constructing a railway track between Nador and Al Hoceima, and in building a dry port in Al Hoceima, for the transshipment of goods from trucks to trains.

Nador is the main port in the Rif region, which has traditionally suffered a lack of public investment. Rif was controlled by Spain up till the 1950s, developing a different idiosyncrasy with regards to the rest of the country, controlled by France. However, the Moroccan monarchy has started modernising the region after the Arab Spring riots in Algeria and Tunisia.