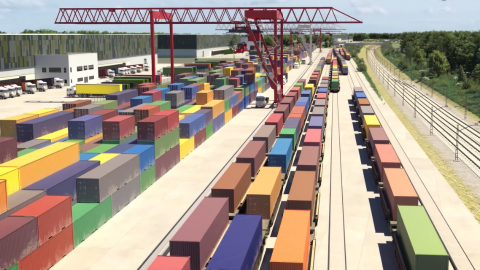 UK’s West Midlands Interchange to be examined by Planning Inspectorate

Plans to build the West Midlands Interchange (WMI), a projected rail freight interchange in South Staffordshire with warehousing and other associated development, is to be examined by the Planning Inspectorate. The facility will be linked directly to the West Coast Main Line, one of UK’s principal rail freight routes.

The facility is designed to accomodate up to ten trains per day with a length of up to 775 metres. The Interchange will serve the West Midlands, the Black Country, Staffordshire, Birmingham, the northern M6 corridor and parts of Warwickshire, explained the project consortium Four Ashes. 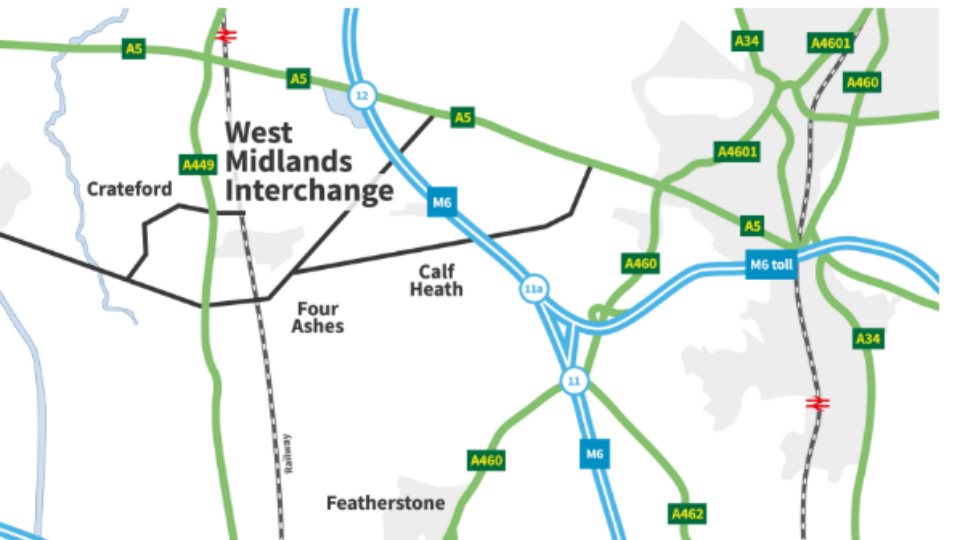 “When built, it will provide up to 743,200 square metres of new rail-served and rail-linked warehousing allowing the region’s important logistics industry to grow”, the company writes on its website.

The project was launched in April and since then, three consultation rounds have been held. A Development Consent Order application for West Midlands Interchange was submitted to the Planning Inspectorate on 3 August 2018. The Planning Inspectorate has now accepted the application and is to invite stakeholders and the public to register their interest in participating in an examination of the plans.

According to media outlet Express and Star, the plans were met with numerous objections during the consultation stages. Among the objectors were the Inland Waterways Association (IWA), who raised concerns over the Staffordshire and Worcestershire canal, green belt land and traffic.

“The rail connections are not operationally credible and would serve only a small part of the site traffic. It would lead to a massive increase in road traffic and congestion. There would be significant damage to the heritage, environment and visitor economy of the Staffordshire & Worcestershire Canal and its conservation area”, Phil Sharpe, the IWA’s planning officer was quoted at the time of the launch.

“We have read and considered every written response and comment the public gave us as part of these consultations and, together with the results of surveys and assessments, used this information to review and improve our scheme”, said Four Ashes. The inspectorate will soon set a timetable for the examination, which is expected to last six months starting with a preliminary meeting.