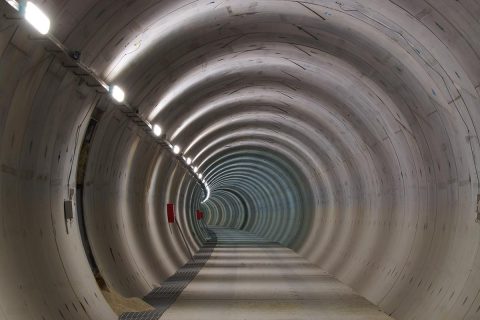 Brenner Tunnel will pave the way for modal shift

Construction is well underway on the 55-kilometre Brenner Tunnel that will link Italy and Austria by 2027, and provide a major truck-to-train modal shift opportunity. It will be the world’s longest underground railway link when completed.

The tunnel will involve drilling right through the Alps to connect Fortezza, in the Italian region of Adigio, with Innsbruck in Austria. The new infrastructure will mean trains take just 25 minutes to travel between the two locations, cutting 55 minutes off the current journey time.

The announcement was made in a joint statement by Graziano Delrio, Italian Minister of Development, and Maurizio Gentile, Manager of the Italian Railway Society (RFI). The tunnel has a total budget of 4.4 billion Euros but Italy will have to spend 1.5 billion more to update the railway track for 750-metre length and 1,600 tonne trains. Currently, the railway infrastructure can only provide support to 450-metre and 1,200-tonne trains.

Currently, around 25 per cent of Italian import-export ground traffic uses this infrastructure, which is essential for its exports to central Europe. The tunnel will be a key milestone of the Trans-European Transport Network (TEN-T) corridor project, which will connect Malta with Scandinavian countries via Gioia Tauro Port, in Calabria, Italy.

Following the completion of this link, RFI and Interbrennero, the firm managing the current railway between Trento and Innsbruck, will extend the Trento-Rocafort freight station to accommodate 750-metre trains. The provinces of Trento and Bolzano have also announced an incentive plan to transfer goods from tracks to trains.