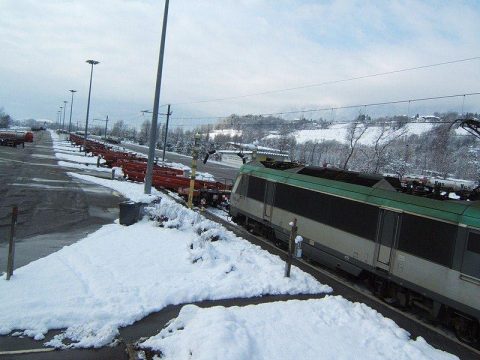 New tender for Alpine railway between France and Italy

France and Italy are preparing a new tender for the concession of operations on the Alpine Railway between Aiton in France and Orbassano in Italy. French Ministry of Transport Elisabeth Borne and her Italian counterpart Graziano Delrio announced a plan to concede the service for a ten-year period, starting from 2018.

The connection covers a distance of 175 kilometer and it has been in operation since 2003. However, the train service has been loss-making since then. Following the failure of its concession in 2009, operations are subsidised by the two governments with a yearly fund of around 5 million Euros each, in line with the EU objective of promoting the European rail freight industry.

The Alphine route currently offers five train services daily, good for the transportation of 500,000 tonnes of cargo in 2016. However, it moves less than 30,000 vehicles per year, which accounts for two per cent of all heavy haulage through the Alps. The railway is managed by Autostrada Ferroviaria Alpina (AFA), a company jointly owned by the French railway company SNCF and Trenitalia, the national railway company of Italy.

The railway is an EU project, with the objective of increasing semitrailer operations via railway within Europe. There are three more of such services: between Bettembourg (Luxembourg) to Le Bolou (France), from the French Port of Sète to Noisy-le-Sec (close to Paris) and from Calais to Le Bolou. The most successful service is the one from Bettembourg to Le Bolou, which has three daily roundtrips and allows the passage of trains up to a 850 meter length. It is jointly managed by SNCF and the Luxembourg National Railway Society CFL.