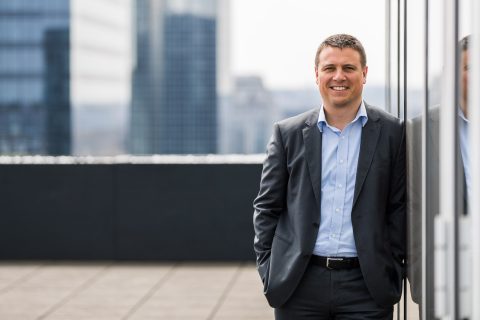 B Logistics rebranded to Lineas

Belgium rail freight operator B Logistics has changed its name to Lineas. The company says the name change represents the transformation from a historically loss-making department of a Belgian state-owned company to a dynamic private rail operator that is still growing vigorously.

Following the comprehensive transformation of B Logistics, Lineas is one of the largest and financially most sound, private rail operators in Europe. According to the rail freight operator, the new name gives the company a boost to “tackle the future full of confidence and ambition”.

Lineas is intent not only on registering profitable growth in Europe, but also on having a positive impact on mobility, the environment, and the competitiveness of the industry. It is therefore now focusing on providing such good rail products to its industrial customers that they will opt for rail to transport their goods. The pioneering ‘Green Xpress Network’ in particular is bound to make rail the mode of transport of the future.

The company has managed to turn a virtually bankrupt department into a financially sound, private growth company over eight years in the midst of an economic crisis. In 2016, Lineas improved its financial result for the 7th year in a row (EBITDA of 27 million Euros compared with 15 Euros million in 2015).

Furthermore, the company confirmed the growth that was registered for the first time in its history in 2015 (31.5 million tonnes in 2016 vs. 29.4 million tonnes in 2015). The comprehensive transformation succeeded particularly thanks to a clear focus on the part of the entire staff, namely to survive. That focus is now turning to achieving the modal shift to rail.

The Green Xpress Network is a network of rapid, direct, frequent and reliable rail connections between European economic hubs. The innovative basic principle of an Xpress product consists of building various consignments, ranging from steel, chemicals, consumer goods, via pallets to containers to capitalise fully on the strengths of rail: transporting large volumes over (medium)/long distances. The Green Xpress network today has 10 destinations. Lineas is planning some 20 to 30 new connections between now and 2020.

The future of the then B-Cargo was highly uncertain in 2008. Few shareholders believed that the company would return to health. The restructuring was thorough and decisive. A great many employees who put their shoulders to the wheel at the time, have been part of the fully transformed Lineas from the outset. It is moreover thanks to the passion and dynamism of its staff that Lineas can make a difference day after day for its customers and for society. The change of name is the reward for the hard work these past years and gives a boost to the further European development of the private company.