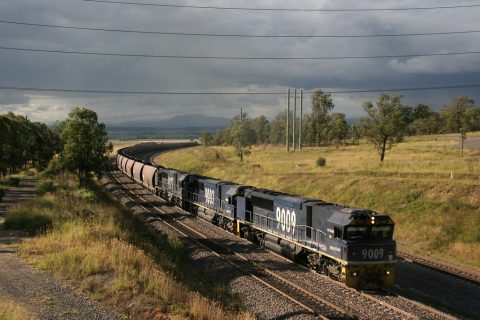 Pacific National (PN), one of the largest rail freight companies in Australia, has been keeping over 800 employees in the Hunter Valley, north of Sydney, on lockout since 23 November. The lockout may cause major disruptions in Australia, considering that PN is highly involved in bulk freight, especially coal and grain. A lockout is different from a strike in that it is put in place by the employer, who denies workers access to their workplace, rather than the employees refusing to work.

The lockout was announced after PN employees refused to drive trains that were deemed unsafe in order to prevent further industrial action from the workers. As a spokesperson for the Rail Tram and Bus Union (RTBU) was quoted by the Newcastle Herald, PN told its employees that, if they were not willing to drive those trains, they were not allowed to drive any. According to the union, in fact, many trains failed the inspection carried out by the Australian Office of the National Rail Safety Regulator.

The current offer presented by PN entails a 4 per cent per annum raise over the next four years. However, the proposal was not warmly welcomed by the workers, considering that the inflation rate in Australia is currently at 7,3 per cent. PN’s plan is to grant a 2 per cent raise when the workers sign the agreement and the remaining 2 per cent when the agreement would be certified.

On the other hand, the RTBU is asking for a 2 per cent pay increase on the expiry of the previous agreement, which occurred in May, and a bonus una tantum of around 4,000 euros. This bonus should reward workers for their efforts and sacrifices throughout the COVID-19 pandemic, and it has been named Pandemic Gratitude Payment.

Why the lockout now?

In an attempt to maintain a smooth environment, RTBU has kept industrial action against PN minimal so far, mostly concerning bans on overtime and working on rostered days off. Industrial action has in fact been repeatedly called off on the grounds that progress was allegedly shown in the negotiations with PN.

PN’s lockout comes after Svitzer Australia, a shipping company active in the oil and gas industries, announced its lockout two weeks ago. Svitzer’s lockout affected all employees covered by the 2016 National Towage Enterprise Agreement. Svitzer has been negotiating a new agreement with the maritime unions since 2019.