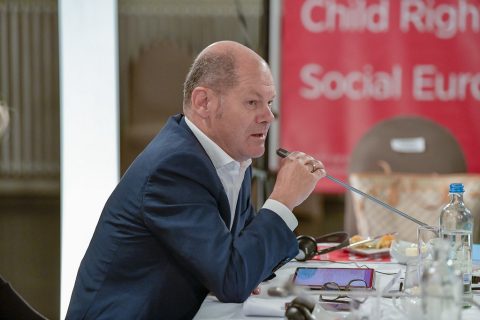 The new German head of government Olaf Scholz has addressed the Bundestag for the first time as Chancellor. He once again made clear that tackling climate change is a top priority for his government. According to him, the railway will have a central role in this.

“In the coming years, we will ensure that mobility becomes easier, more comfortable and more climate-friendly and remains affordable for everyone,” says Scholz. Scholz mentioned the further expansion of rail transport has the main focus here, according to trade journal Schiene.

Closed rail routes may be reactivated

According to him, large cities and rural areas will be better connected by long-distance rail transport. If necessary, routes that are no longer used will be reactivated. He also held out the prospect of an “enlargement and modernization pact” for better local public transport.

At the same time, he also mentioned the importance of car traffic: “Many people like to drive and it should stay that way.” But the propulsion of the vehicles must be climate-friendly. He is therefore aiming for 15 million electric cars on German roads by 2030.

Germany wants to be climate neutral by 2045

Scholz indicated that the use of coal, oil and gas formed the basis of German prosperity for the past 250 years. He said that will now change.

Germany wants to be climate neutral by 2045, which, according to the government leader, means that fossil fuels will be phased out over the next 23 years. He promised his country the biggest economic and industrial transformation in a century.

The Bundestag elected former finance minister Scholz as chancellor last week after his center-left SPD won the election earlier this year. He now forms a coalition with climate party the Greens and the liberal Free Democrats (FDP).