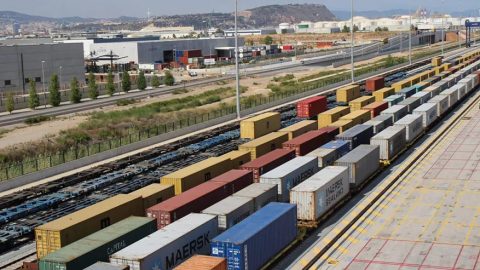 The Spanish government will invest 24.2 billion euros in rail infrastructure over the next five years. This was announced by minister of Transport and Mobility Raquel Sánchez last week.

The money will be go to both the high-speed lines and the regular Spanish rail network. Freight transporters will also benefit from the planned investments. In a few months’ time, the Spanish Ministry will announce details of the Mercancías 30 initiative, which has the goal to increase the share of freight railways in total transport.

There are also concrete plans. For example, the Bobadilla-Algeciras and Zaragoza-Teruel-Sagunto sections are to be electrified and made suitable for 750-metre trains. In addition, improvements are being made to the Mediterranean Rail Freight Corridor, including in Almería and Granada.

Next year, the Cercanías 25 plan will also be unveiled, which will include steps to digitise and improve the passenger experience. Sánchez also announced – without going into details – that commercial services will be running more trains to destinations next year.

In the medium term, according to Sánchez, there is a need to put more effort into cross-border rail traffic with France and Portugal and connections with ports and logistics centres.