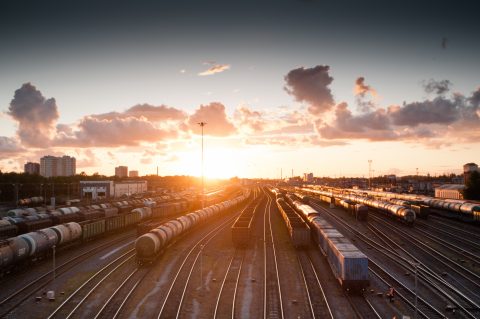 What happens when the COVID discounts for rail are gone?

Much of the European rail network is currently free of charge. This is thanks to the regulation that allows for a waiver, or reduction of track access charges during the pandemic. However, this possibility is only temporary, which leaves us wondering to which extent the market is able to recover to a normal charging level.

Regulation 2020/1429 was introduced by the European Commission in October 2020. It enabled EU countries such as Germany, France, the Netherlands, Belgium, Italy, Switzerland and Austria to significantly reduce the financial burden on railway undertakings. In some cases, track access charges are completely waived (France, Austria), while in others, they have been reduced.

Why a transition path is needed

Although negotiations to extend this regulation until the end of this year are ongoing, the question is what kind of ‘return to normal’ the market is able to bear. If you ask Dominik Huebler from the economic consulting firm NERA, moving straight back to where we were before the pandemic is not a good idea. “It is useful to think about a transition path”, he said last Friday during the Charging for State-Owned Infrastructure conference.

Before the pandemic, most infrastructure managers charged direct costs and, to various degrees, mark-ups that relate to different infrastructure and sometimes external costs. These mark-ups can only be charged when the market can bear them, EU regulation states. “Obviously, much of the market cannot bear them at this point”, Huebler pointed out.

The economic consultant sees potential in the use of growth discounts, which may be applied to new traffic. This is currently already possible according to article 33 of the directive relating to infrastructure charging (Directive 2012/34/EU). “These time-limited discounts are used to encourage the development of new rail services, and are already applied in various countries.”

This possibility could, so believes Huebler, facilitate the recovery of the market if coupled with innovative thinking on how ‘new traffic’ is defined. “For example, if a service existed in 2019, but stopped operating in 2020 due to the pandemic and re-starts in 2021, could this then be considered as a company with new traffic? Equally, the size of the discount could be negotiated in order to make this a more useful mechanism of supporting companies in their recovery.”

Huebler also pointed to the approach of market segmentation, which impacts the way the transport of various commodities is charged. Also this could be revisited, to help those market segments that need it the most, he suggests. “There are those who have been hit harder and those who haven’t, including those who need to go by rail and have no other options. A good example of that is the transport of nuclear fuel in the UK. There are also those whose transport patterns have changed due to the pandemic.”

Moreover, post-pandemic charging should take into account the return of congestion charges, which are now less relevant as the network is less congested. This is due to change when passenger and freight traffic has resumed to pre-pandemic levels, but as the rail freight industry has echoed, the last thing they want is another charge.

Waivers until the end of the year?

The possibility to waive or reduce track access charges is valid until the end of June, but the railway sector is currently negotiating an extension of the regulation until December 2021. The railway sector is heavily damaged by the pandemic and not yet recovered, explained Alberto Mazzola, CEO of the Community of European Railway and Infrastructure Companies (CER) at the same conference.

Compared to 2019 figures, revenues from rail freight have gone down from -3 per cent in December 2020 to 10 per cent in the first four months of 2021. Average weekly losses have been above 30 million euros per week. These are the figures extracted from CER’s rail freight customers, which represent a large part of the industry. “Many companies come out of this crisis much weaker than before, and they need support”, said Mazzola.

If you ask the CER chief, support by reduced track access charges should take a more permanent form, and member states should take an active role in this. According to Huebler, this is an unlikely scenario in light of government budget constraints, but clever charging policies can help soften the impacts of returning charges.