European railways comply with the principles of ‘user pays’ and ‘polluter pays’, better than any other motorised transport mode. This is a key insight from the European Commission’s new study on transport cost internalisation. It shows that rail excels in covering its variable infrastructure costs and externalities like air pollution, CO2 and noise through charges.

Transport results in environmental impacts and accidents. In contrast to the benefits, the costs of these effects are generally not borne by the transport users. The internalisation of external costs means making such effects part of the decision-making process of transport users. The long-anticipated study of the European Commission has analysed to what extend this is done for each transport mode, in each EU Member State. The study shows that the internalisation of external costs is done in rail with smaller cost-coverage gaps in Euros per passenger-km or ton-km than in other modalities.

According to the Community of European Railway and Infrastructure Companies (CER), the findings suggests a shift to rail would benefit citizens in Europe. “The study confirms rail’s leading role in complying with these principles, and rail’s very low carbon footprint and low externalities in general. Remaining external costs and those of infrastructure use are better covered by rail than by competing modes”, the interest group states.

On CO2, rail leads transport already. And also noise, rail’s major externality, is increasingly mitigated thanks to retrofitted wagons. EU policymakers should act now to prevent damage by supporting a shift to rail, the CER believes. “That should be supported by better implementing ‘user pays’ and ‘polluter pays’ in transport, e.g. with distance-based infrastructure charging on all major roads (just as EU law requires track charging for each and every train-km), but also external-cost charging for all modes. Rail – by far the most energy-efficient motorised mode of inland transport –could then fully play its role as the backbone of transport, in a digitalised and seamless multimodal system.”

CER Executive Director Libor Lochman commented: “The study amounts to a call on governments to rebalance transport policy towards modes with low externalities such as railways. Climate action is a top priority for citizens, as recent elections have shown, and European railways stand ready for a bigger role in transport. A modal shift to rail will also decrease its fixed costs per ton-km or passenger-km, thus further improving rail’s cost coverage.

“Thanks to EU-wide harmonisation of rail equipment standards (4th Rail- way Package Technical Pillar, the implementation of which is now starting), digitalisation and automation, the sector is set to become even more cost-competitive. Taking advantage of that, policymakers should make rail’s development a priority, so that more persons and goods can move in a sustainable way.”

According to the report, the rail freight sector could however increase mark-ups on rail access charges to cover the fixed infrastructure costs, although there may be arguments for not internalising these costs. It also recommends the introduction of noise differentiations in the rail access charges. This may “speed up the implementation of noise abatement measures at the existing fleet, effectively complementing the impact of the noise limits that are set for new wagons”. The latter is already done successfully in certain member states. 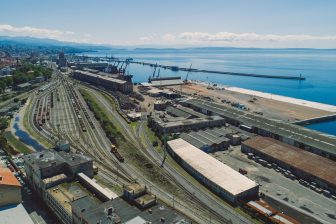