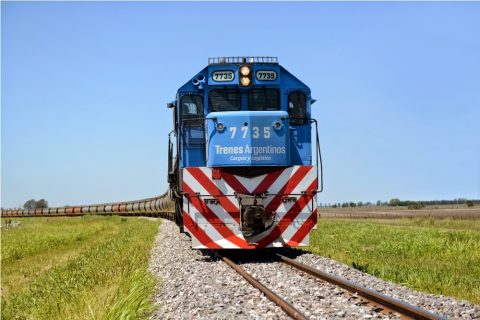 Rail freight not as clean and sustainable as expected

In certain ways, rail freight seems to be less clean and sustainable as assumed. Diesel as well as electric locomotives emit much higher CO2 levels than expected. This was concluded in a research of the Netherlands Organisation for Applied Scientific Research (TNO).

An example is the diesel locomotive operated for shunting purposes in ports. More than 75 per cent of these operations are carried out idling. This idling turns out to represent more than ten per cent of total CO2 emissions and more than half of the NOx emissions. “Energy consumption of electric locomotives is in general not as low as we assume. In the worst case, contrary to what we expect, it is comparable to the energy consumption of road transport”, the research centre wrote.

Real-world emissions for road freight have been reduced significantly over the years. However, this has not been the case for the so-called ‘non-road mobile machinery’ such as barge ships, construction machinery and rail freight transport. TNO is involved and various measuring programmes in order to gain insight -often for the first time- in the actual CO2 emission of transport vehicles of daily use.

“Diesel locomotives in shunting yards operate idling in more than 75 per cent of the time. NOx emissions are up to three times higher than with active operations. Moreover, CO2 emissions, which are directly linked to diesel consumption, are ten to fifteen per cent at standstill”, TNO reports.

“Legislation for locomotives lags behind compared to legislation for trucks. As locomotives know a life cycle of thirty years, the issue of high emissions will remain for a while. This has a negative consequence fort he air quality near ports and shunting yards.”