The Burkina Faso and Ivory Coast governments have begun upgrading the rail network between Abidjan, the capital of Ivory Coast, and the main Burkinabe mining area of Kaya.

These civil works have a budget of 260 billion CFA Francs (400 million Euros) and they will take eight years. Spanning around 1,260 kilometres, this network is one of the oldest on the African continent, having been built by the French during its colonial rule.

The renovation of this infrastructure will enable the movement of around eight million tonnes of goods every year. Sitarail manages the freight and passenger services, and its workers have a three per cent share in the company. French company Bolloré owns 67 per cent, with the Ivorian and the Burkinabe States each having 15 per cent.

This infrastructure is key for Burkina Faso, one of Africa’s poorest countries, with importing and exporting via this rail track through the Abidjan Port. The main exports of Burkina Faso are gold, zinc, cotton, cashews and palm oil. This infrastructure has three weekly passenger services due to the strong migrant waves between both countries to work in the cashew and cocoa plantations.

These countries are also planning another rail network between Ouagadougou, the capital of Burkina Faso, and the San Pedro Port, in Ivory Coast, close to Liberia. No start date has been agreed.

‘No Green Deal without investments in rail infrastructure’ 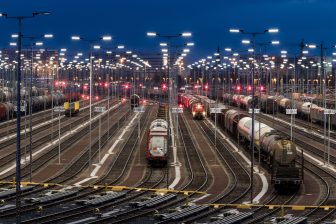