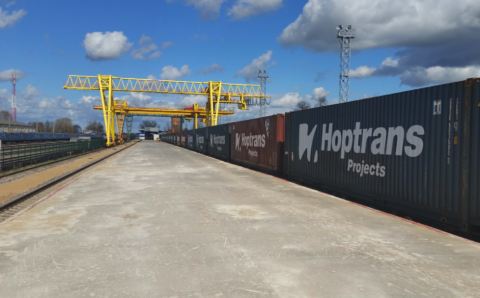 Southern Italy is set to benefit the most from the European Commission’s establishment of two national support schemes aimed at encouraging a shift of freight transport from road to rail and sea. The two schemes will have a combined budget of nearly 395 million Euros.

The first measure, the Rail Freight Transport Support Scheme, has a budget of 255 million Euros and aims to boost the shift of freight traffic from road to rail in Italy by granting subsidies to rail transport operators. Supporting a mode of transport that is less polluting than road will have a positive impact on the environment, says the Commission.

By decreasing road congestion, it will also be beneficial in terms of mobility. For these reasons, the European Union state aid rules, in particular the 2008 Commission Guidelines on State Aid for Railway Undertakings allow public support to the rail transport sector.

Following an assessment, the commission has confirmed that the scheme is open to all railway companies operating in the freight market in Italy. The measure will, in particular, boost the southern part of Italy, where the imbalance between rail and road is significantly more pronounced than the rest of the country.

In line with the guidelines, it adds, the level of support beneficiaries can receive under the scheme is based on a reduction of the infrastructure charges and external costs borne by rail transport operators when compared to road transport. The second measure, Marebonus, has a budget of 138 million Euros to encourage freight transport by sea rather than by road.