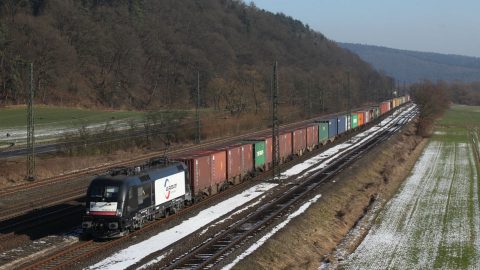 With effect from January 2020, Eurogate Intermodal will include Munich in its rail freight network, connecting the German hub to Budapest. From Munich, the operator offers 21 round trips to various seaports in the country. The new connection adds up to a total of weekly departures between German seaports and Budapest.

The new railway line between Munich and Budapest will run three times a week. The choice for Munich is a strategic one, as it enables the operator to connect the Eastern European hub to various Western European seaports.

From Munich, Eurogate Intermodal (EGIM) already offers ten roundtrips to and from Hamburg, up to six from Bremerhaven and up to five from Wilhelmshaven. There are also up to three links to the ports of of Rotterdam and Antwerp and three to Melzo in Italy.

Lars Hedderich, Managing Director of EGIM, explains: “From January, we will offer our customers additional transport corridors between northern and western ports and the growing Hungarian market. This new service offering also links Italy more closely to our existing network via the hub Munich.”

According to the company, the connection Budapest-Munich is offered is supposed to become a fast and reliable transport option with a transit-time of less than two days.

The service is provided by theBudapest-based railway company Floyd Zrt, in which EGIM holds a majority interest of 64 per cent. Floyd will act as the traction partner on the main route between southern Germany and Hungary. As part of this cooperation, EGIM will also be able to offer domestic transportation within Hungary via its Budapest rail hub. EGIM’s interests in Hungary are represented by I.C.E. Transport Hungary Kft.