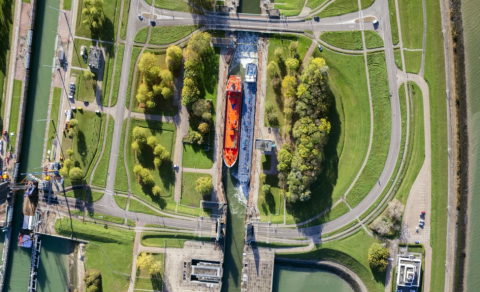 In order to make the most of the newly formed North Sea Port, a number of bottlenecks need to be addressed on the railway network. This was the conclusion of research carried out into the capacity of rail freight and the potential of passenger transport in the port area.

The North Sea Port witnesses a sharp increase in the volume of goods transshipment. In the first half of 2018 there was an increase of 11 per cent. This cannot be processed by rail transport in the long term due to bottlenecks on the Ghent-Terneuzen railway line.

The engineering firms Movares and TML have now investigated which bottlenecks exist in the current rail network for freight transport. This shows that in the Netherlands the eastern rail freight link between Ghent and Terneuzen is missing at Axel-Zelzate. Furthermore, the Sluiskilbrug will become a bottleneck around 2028: this bridge can no longer process the number of trains.

The study also shows that there is a capacity shortage in Flanders on the route section north of the Ghent borough Wondelgem. Moreover, various railway bundles have capacity bottlenecks on both sides of the border. In the next phase of the research, the technical feasibility and costs of various solutions will be investigated. The results of this follow-up study are expected in early 2019.

North Sea Port, the municipality of Terneuzen, the city of Ghent and the provinces of Zeeland and East Flanders, together with the Rail Ghent Terneuzen project, are working together to improve the rail network. This is aimed at the growth of the port, the strengthening of sustainability and the economy in the border region. A first phase of the study project has now been completed. 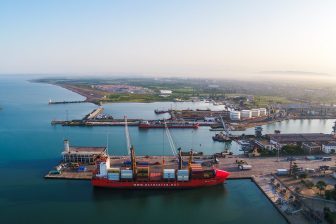