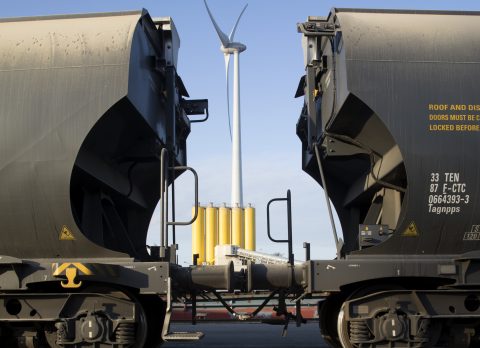 Flanders region can be ‘logistics turning point of Europe’

Belgium’s Flemish Government and regional port partners have launched a new campaign calling for new initiatives that will make the transport of goods – with rail identified as a key element – to and from the European hinterland more smooth and efficient.

Flanders region, which includes the ports of Antwerp and Ghent, has the ambition to become ‘the logistics turning point of Europe’. There have already been a lot of infrastructure projects, but there remain a number of factors that threaten the potential of the Flanders region, say the partners.

The Flemish government and the port authorities are willing to provide financial support for up to 20 projects, and have launched a call for project proposals that improve the efficiency of existing and new maritime goods flows from, to and into the port; and/or realise a modal shift road transport to rail or shipping, with a positive effect on sustainable mobility and the environment.

The Port of Antwerp already has a very strong rail freight infrastructure, and is directly linked to the strategic European Rail Freight Corridor network. The Port of Ghent meanwhile is also involved in vital projects to boost its rail operations. Earlier this year the European Commission awarded 650,000 Euros for a potentially vital new Belgian-Dutch cross-border rail freight links that is central to plans for a merger between the ports of Ghent and Zeeland (The Netherlands)

Project proposals are being invited until Monday November 27. Background documents and details of who to apply to are available from the website of the Flemish Government.