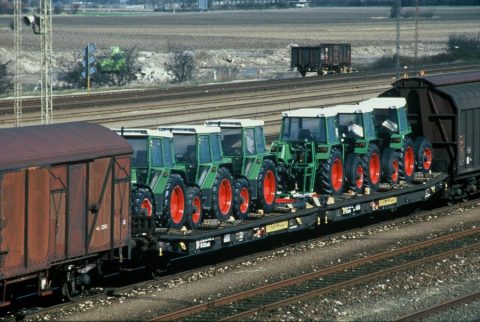 The Netherlands tops the overall scoreboard for the third year running, with high scores in 15 of the 30 categories. They are followed by Sweden, Germany and Austria. Though possessing different strengths, they all share a solid framework for investment, good safety transport scores and a good record of implementing EU law.

While Sweden and UK have the most open rail freight market, eastern Europe is also found to be performing well. Competitors to the main operator in Bulgaria for instance have a market share of 48.8 per cent, while Romania is not far behind with a 42.8 per cent share.

France, Spain, United Kingdom, The Netherlands and Finland scored the highest for the quality of their respective rail network structures. The UK, along with Denmark, also scored highly on rail safety. The UK, France, Spain, Portugal and Germany also scored well for progress made on constructing the core network corridors that will make up the trans-European transport (TEN-T) network.

Luxembourg has the highest rating for electrified rail lines – more than 95 per cent – while Ireland has the lowest, at just three per cent. The port infrastructures of The Netherlands and Belgium – which boast two of Europe’s key rail gateways in Rotterdam and Antwerp respectively – rank one and two across the EU.

Violeta Bulc, EU Commissioner for Transport, said: “My objective is to have a high quality, decarbonised, fully integrated and efficient transport system. The scoreboard serves as a road sign on this journey, pointing the way and indicating the distance still to be covered. It is a useful tool for us, for Member States, and for stakeholders, to identify where we do well and where further investment and actions are needed.

“It is particularly encouraging to see that the efforts of this Commission to bridge the investment gap in the transport sector are starting to bear fruit.”