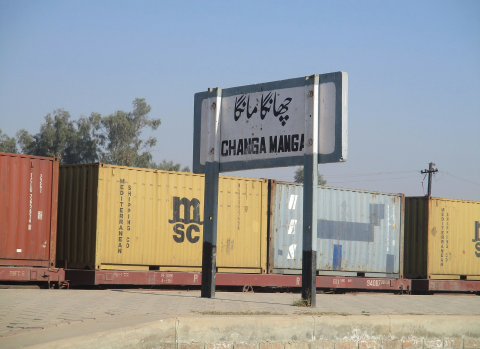 Pakistan visit to China: is the railway corridor on the agenda?

The Prime Minister of Pakistan Shehbaz Sharif is visiting China today at Premier Li Keqiang’s invitation. Will the realisation of the China-Pakistan Corridor be discussed? With the project high on the agenda of the respective governments, the hopes are high.

The official visit comes just after the eleventh China-Pakistan Economic Corridor (CPEC) Joint Committee meeting concluded last Thursday. There were plenty of positive signals from the meeting, also about China’s 10 billion-dollar investment in upgrading Pakistan’s long-stagnant ML-1 project. Acceleration of the project, which would link Pakistan to China’s western provinces, is regarded as a top priority, as was one of the conclusions of the meeting last week.

Pakistan’s ML-1 railway line starts from Karachi and runs through Lahore, Islamabad and Peshawar. It is the country’s main north-south artery, but it needs modernising. The successful development of the line will directly benefit the transportation of goods from western China to the deep-water port of Karachi in southern Pakistan, bypassing the Strait of Malacca. At the same time, it would provide an alternative, southern railway route to Europe.

The upgraded railway line will have a total length of 1,733 kilometres. The railway speed will be increased from 65-105 kilometers per hour to 120-160 kilometers per hour. The completion of the project will greatly enhance the speed of railway freight between the north and the south of the country, and at the same time provide a new route map for the China Railway Express to the Middle East and Europe.

The project was officially put on the agenda in 2017, but it has not taken off so far. The main reason is a lack of sufficient investment. Due to project delays, the needed investment amount increased from the original 6.8 billion dollar to 9.8 billion dollar.

This super-large infrastructure project, which is expected to create 24,000 jobs in Pakistan, has become one of the cornerstones of the country’s development and construction. In an interview with local media, Ahsan Iqbal, the country’s minister of Planning, said that his top priority at the moment is to implement the project and restore the confidence of Chinese investors.

This article was originally published on our sister website RailFreight.cn.