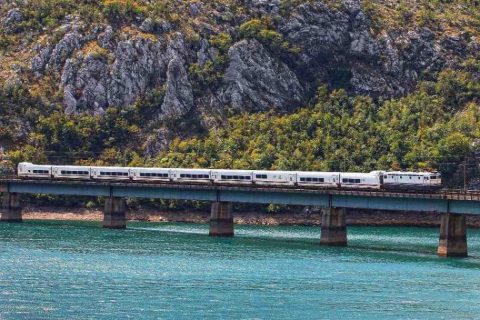 A Spanish consortium has agreed to work on the reconstruction of the Doboj-Rasputnica Miljacka railway section in Bosnia. The partnership consists of Ardanuy Ingeniería, Eptisa and IPSA. The group will carry out the design and studies of the reconstruction works.

The Doboj-Rasputnica Miljacka railway line is a 172-kilometer route that is part of the TENT-T network, the core transportation network of Europe. It is divided into two main sections: double track on the Srpska Kostajnica – Doboj -Maglaj – Jelina section (95km), and single track on the Jelina-Zenica- Podlugovi – Rasputnica Miljacka section (77 km). The contract, for an amount of 3.6 million euros, will last 24 months.

With this new assignment, Ardanuy Ingeniería contributes again the Spanish experience in promoting the modernisation of the railway in Europe. The company was recently awarded the design and supervision of North Latvia, one of the most important sections of the Rail Baltica project. It has also participated in railway infrastructure projects in more than 15 countries on the continent.

For the CEO of Ardanuy Ingeniería, Carlos Alonso, the contract in the Balkan area highlights “the confidence of European transport administrations in Spanish companies to develop a modern interoperable mesh that eliminates borders and promotes passenger mobility and merchandise with quality infrastructures”.