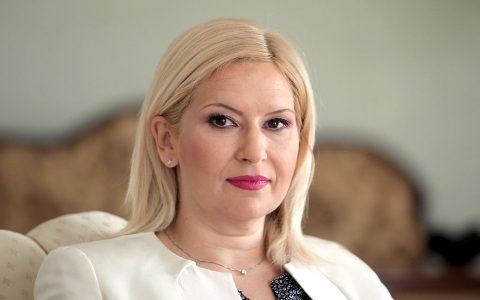 Construction on the first high speed railway built by China in Europe is expected to begin in Serbia in November. The rail link will connect the country’s capital, Belgrade, with Budapest in Hungary, and is part of Beijing’s new Silk Road trade project. Serbia’s Minister of Construction, Transport and Infrastructure, Zorana Mihajlovic, said that work on the Serbian section of the 350 kilometers rail link would begin, despite a European Commission investigation into whether Hungary violated EU procurement rules. As Serbia and China are not EU members the investigation has not prevented them continuing the project.

The 2,5 billion Euros project will update the existing monorail that runs between the two cities that was built at the end of the 19th century. The new railway will be able to handle modern electrified cargo and passenger trains with a maximum speed of 200 kilometers an hour, cutting travel time from eight hours to three. The railway is part of the Land Sea Express Route that runs from the Chinese-owned port of Piraeus in Greece through Macedonia and Serbia to Hungary, and is intended to speed up the transportation of Chinese goods from Greece to Central and Western Europe.

Minister Mihajlovic said that she expects that work on the 184 kilometers of the railway that is in Serbia will be completed in two and a half years. “One of the following tasks should be the reconstruction and modernisation of the railway from Belgrade to the south of Serbia, towards Macedonia and Greece, in order to get the fastest possible connection between the port of Piraeus, Belgrade and Western Europe,” she added.

Li Manchang, the Chinese ambassador to Serbia, confirmed to China Daily that the two countries are expected to sign an agreement to construct the second phase by the end of this year.

In Hungary, the European Commission is investigating whether the Hungarian part of the Belgrade-Budapest rail link violated EU rules that require public tenders for large transport projects. The 1.5 billion Euros Hungarian section of the project was officially agreed in November 2015, when Hungary and China signed a bilateral treaty. It was financed by the Export and Import Bank of China, and undertaken by a consortium of China Railway International and China Communications Construction Co.

Serbia is an EU member candidate and also needs to consult with Brussels, Minister Mihaljovic said. She believes that all Serbian and Chinese joint infrastructure projects are in line with European standards.