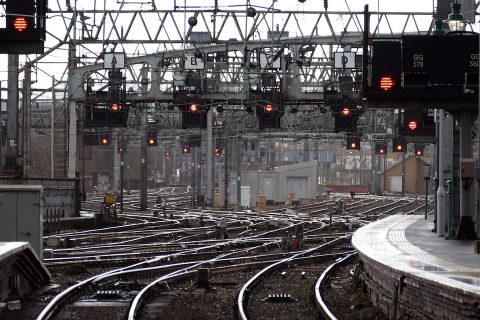 UK national freight performance is at its lowest point for the last five years. That is the finding of the UK industry regulator, the Office of Rail and Road, in their report on Network Rail, the infrastructure management agency for the UK. The independent watchdog also says fewer passenger trains are arriving on time, and there has been an increase in cancellations compared to the start of this financial year.

While recognising that there are factors beyond the control of the infrastructure agency, the Office of Rail and Road says that delays attributed to Network Rail have increased in all five of its regions. The watchdog says Network Rail should deliver better performance for freight and passengers. The ORR has identified five areas where it says Network Rail can and must do more.

Areas where Network Rail has made good progress

Figures from the ORR show that the percentage of passenger trains arriving on time at stations was 70.2 per cent in September 2022, compared to 72.6 per cent in April 2022. Freight has performed a little better, and the ORR says performance is at its lowest point for the last five years.

In mitigation, factors such as extreme weather, issues with train company staffing and industrial action have impacted the network beyond Network Rail’s control. Also, on the positive side, there are areas where Network Rail has made good progress, says the ORR in their report. They expect that to continue, including resilience to extreme weather events and on measures designed to reduce fatalities, trespass and theft.

“Freight and passengers are suffering from poor train performance, with issues extending across all of Network Rail’s regions,” said John Larkinson, the ORR Chief Executive. “It is essential that the company now delivers on the specific interventions we have set out today. We will continue to scrutinise delivery and take further action if there is insufficient progress.”

Train service performance has worsened steadily over the last two years, says the ORR. However, everything is relative. Despite the public perception of far greater unreliability, the percentage of cancelled train services has increased from just 3.4 per cent to 3.7 per cent since the start of the financial year in April. Nevertheless, for those left stranded on the platform, the disappointment is one hundred per cent every time.

“Train service performance depends on Network Rail and train operating companies working together to deliver for passengers and freight operators”, notes the ORR. “There are areas where Network Rail’s specific contribution to performance must improve. Delays attributed to Network Rail have increased in all five of its regions. Our analysis suggests that only a proportion of these increases are explained by issues which are outside Network Rail’s control.”

Taken in isolation, it is a slightly better picture of freight. “We have received positive feedback from freight operators about Network Rail’s responsiveness in replanning trains during the strikes”, said Larkinson in a letter to his opposite number at Network Rail, Andrew Haines. “Network Rail has reported that industrial action by its own staff has also led to a backlog of maintenance resulting in additional speed restrictions on the network to manage safety risk. This, in turn, makes it more difficult to deliver punctual train services.”

No gold star for effort

Five specific points were raised by the Office of Rail and Road. They say these matters particularly contribute to the overall fall in performance. They looked closely at the Wales and Western region, where they noted poor reliability of railway infrastructure, in particular its track assets. The regulator has required the region to produce an improvement plan and say it will step in if the planned improvements are not delivered. They say track asset reliability also needs to improve in the North West and Central – the region that includes the critical West Coast Main Line.

On the other side of Great Britain, the ORR says the Eastern region needs to improve the resilience of its overhead lines to prevent failure and subsequent disruption to passengers and freight. Through London, they say renewals are needed on the ‘Thameslink’ lines that carry trains between north and south London, following several infrastructure failures during the summer that led to a high volume of significant incidents, cancellations and delays. Their view of Scotland, in general, is that delivery of performance improvement plans must continue to bring performance levels back to acceptable levels.

It’s not yet clear if Network Rail has been sent home with a letter for its parents, but their headmaster seems to have issued a stern reprimand. Mr Larkinson appears in no mood to issue a gold star for effort just yet.

Standards, optimal, when steam was outed, no longer are!
Electrification, yes, but a now optimal!
Current mantra, predictive, “optimal maintenance”, by nature is not optimal, etc., etc.
As on assets, “tara”, as well by infrastructure, shall be kept low!
(80% added forces, by dynamic load is costly and in fact devastating!)
Broken rails…, shall not be, by far most frequent cause for derailments…, etc., etc.
A New Old Railway is needed!
(Low risk is high quality, at current supply chains!)