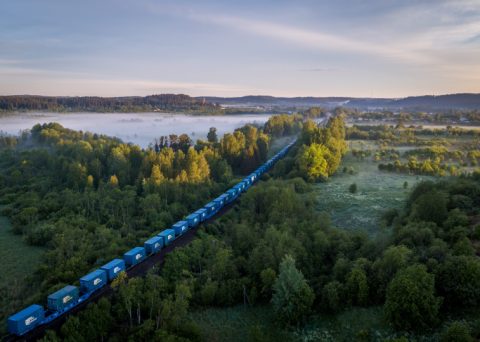 A new route between Milan’s Melzo intermodal terminal with destinations in Russia commences on 22 September. The service begins with a frequency of one weekly roundtrip. TransContainer Europe is the company behind the new service, which will transit via Malaszewicze after crossing Poland and Belarus on the way to Russia.

“The main directions are Minsk, Moscow, St. Petersburg, Yekaterinburg, Novosibirsk and Chelyabinsk,” mentioned the company, which also underlined that it will offer its own equipment for the service as well as the possibility of first and last-mile services.

A spokesperson from TransContainer explained that after departing from Milan, the train will not make any other stopovers until reaching Belarus. In Belarus, the train will stop at Mink and load/unload products before entering Russia and using Moscow as its gateway and platform to reach the remaining destinations.

Additionally, transported cargo will compile “consumer goods for sale in retail chains”. As the company’s spokesperson clarified, since there will be no stopover before reaching CIS countries, the train will carry solely Italian products to Russia and Russian products on its way to Italy.