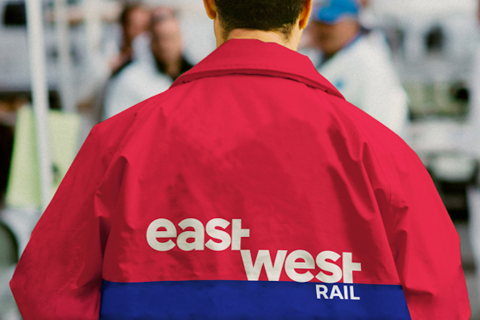 Where are the freight benefits in UK’s latest near-billion pound investment?

UK’s transport secretary Grant Shapps has launched a 794 million-pound (880 million euros) investment, claiming to boost rail links in the south and north of England. Money has been allocated to develop East West Rail between the university cities of Oxford and Cambridge; and to upgrade a short line near Newcastle. However, there is scant mention of freight services in the two projects, and the lack of electrification plans has brought criticism from the industry and environmentalists.

The UK government has confirmed funds for two railway projects, ironically both are already underway. The bulk of the investment is secured for the development of the ‘East West Railway’ between Cambridge and Oxford, with a small percentage allocated to significantly upgrading the line between Newcastle-upon-Tyne and Ashington, an economically underperforming community to the North East of England. Both lines lost their mixed-traffic status in the 1960s, as part of a widespread rationalisation of the UK network.

Lack of financing for freight provision

The bulk of the investment has been secured for the development of the East West Rail project, which will relay tracks between Oxford and Cambridge, and potentially provide connections with all the north-south main lines radiating out of London. The 80-mile route (125km) is expected to stimulate economic growth over a wide arc, and has been campaigned for ever since closure in 1964. A frequent, almost metro-style service, could negate plans for a parallel dual-carriageway road, although only a half-hourly service is proposed.

However, the current plans have drawn criticism from several sources, over their modesty and lack of ambition. Principally, there is scant capacity planned for freight, and the line will not be electrified in the first instance. While it may be argued that the sort of economic development along the line will lend itself to light logistics, as planned by several UK operators, the failure to install overhead wires means that diesel traction is the only realistic option presently available. That contradicts government legislation to decarbonise the economy by 2050.

Sparks fly at lack of sparks

“It is very positive to see progress from government on East West Rail and the Northumberland line”, said David Clarke, the technical director at the Railway Industry Association, the representative body for supply chain businesses. “East West Rail is a scheme that not only unleashes long term economic potential in the Oxford-Cambridge corridor but will also mean a welcome boost to jobs and investment in the post pandemic recovery. However, whilst the line will have passive provision for electrification, and the main priority should be getting the project delivered, the government should look closely at how electrification of the line can be delivered to ensure it meets its goal of taking all diesel-only trains off the network by 2040, and of achieving Net Zero by 2050.”

Elected representatives in the area are also disappointed. Layla Moran, who represents communities in Oxford, said that diesel traction was not the answer. “This funding is a fantastic step in the right direction”, she said to a local newspaper. “Although the decision to not electrify the line during a climate emergency is disappointing and could prove more costly later on. We need to see funding committed to the whole line, and I am calling on the Government to reconsider on electrification, which is badly needed.”

Confusingly, although called ‘East West Rail’, the project is invariably referred to as the ‘Oxford – Cambridge’ line, implying a west to east direction. It seems that the provision of the line, and government climate policy, are also heading in opposing directions.