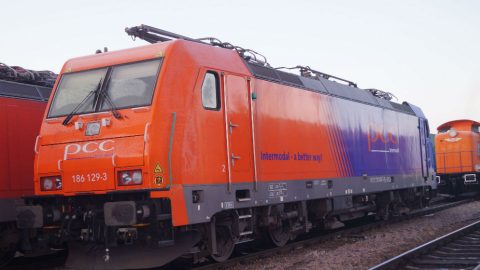 The agreement includes both a renewal of existing contracts and the conclusion of new ones, PCC Intermodal explained. In December last year, it hired two locomotives of the same manufacturer. The livery of the locomotives comes in red and purple, in line with the PCC Intermodal design.

PCC Intermodal SA is an intermodal operator, active since 2005. For the last two years the company is developing its own rail services under its domestic rail licence. It provides shunting operations and traction in Poland between its terminals in Kutno, Gliwice, Brzeg Dolny and the port terminals of Gdańsk and Gdynia.