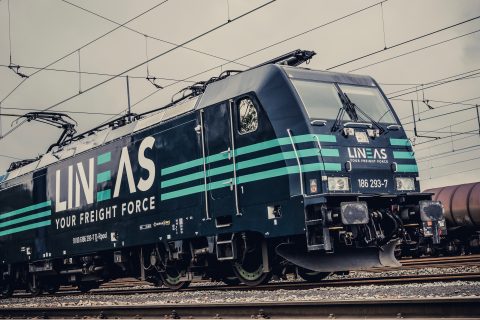 Lineas CEO: running trains should be as easy as trucks

To make the railway the backbone of the European transport network, driving a train must become as easy as driving a truck. Furthermore, a level playing field must be created between rail and road transport, so customers choose trains and not trucks. That is according to Geert Pauwels, CEO of rail freight operator Lineas, who is giving a talk about the transformation his company has made at Antwerp Rail School on 13 March.

Under the leadership of Geert Pauwels, Lineas has changed its mission from ‘survival’ to ‘modal shift’. In 2008, Pauwels was in charge of B Logistics, the freight division of SNCB that at that time was “as good as bankrupt”. In 2009, the business made a loss of 160 million euros on a turnover of 340 million. “The only reason we were still above water was that we were part of a larger company, SNCB.”

A decision was made to drastically restructure the freight division of the Belgian rail operator. “We knew that we would not get any more subsidies in this liberalised sector. The European Commission made sure that no more subsidies were given to struggling rail operators.”

It was decided to remove the freight activity from the rest of SNCB, and set it up as a separate subsidiary, under the name B Logistics. The restructuring led to positive results in the years that followed, but the rail operator did not have enough money to pay back the loans.

The management of B Logistics decided to look for external investors, which led to it becoming a private company in 2015, when NMBS sold it to investment funds Argos Soditic. “With this step, we were able to complete the restructuring period.” In 2017, the Belgian rail operator changed its name from B Logistics to Lineas so it could, in its own words, consign the “historic loss-making division of the Belgian state-owned company” to the past.

To take the European rail freight sector to a high level, further privatisation is necessary, argues Lineas CEO Geert Pauwels. “We must no longer work half with the public sector and half with private bodies. With unequal weapons there is another dynamic.”

“Since 2015, we have changed our mission from survival to modal shift. We devote all our passion and energy into delivering such good rail products that customers choose the railways over the roads.”

One of the freight company’s most successful products is the ‘Green Xpress Network’, which is a network of fast, direct, frequent and reliable rail connections between Europe’s economic centres. With this network, the operator focuses on bundling together different types of freight, from steel, chemical substances and consumer goods to pallets and containers.

“You see that a lot of distributed transport still takes place, with for example a full container train or chemical train. With this approach there are insufficient volumes. As we combine these products, we can combine sufficient volumes and so can run a train every day”, explains Pauwels.

The government can also play an important role, says Pauwels, by ensuring that shipping companies transport their freight by rail instead of road. “The government must give incentives, so that customers are more likely to choose trains.” Furthermore, a simplification of the regulations can also contribute to a shift to rail, argues the CEO. “The administrative burdens are ten times higher for rail than for road. It is costly to get licences for rolling stock, and to train drivers.”

Moreover, automation can improve the position of rail freight transport, asserts Pauwels. “If we want to make the railway the backbone of European freight transport, then the future is in automation. Goods warehouses from companies such as Alibaba are completely run by self-steering robots. You could also view Europe as one large warehouse, in which self-driving goods wagons move from one side to the other.” According to Pauwels, it should be possible to have distributed transport in which separate wagons automatically join each other.

In the coming years, Lineas is going to focus on the further expansion and improvement of the rail network in Europe. Pauwels believes there are still many gains to be made. “We want to make things even easier for our clients, by improving the whole customer experience from receiving a quote to making a reservation.” It must also become easier to make a last-minute booking for a container or wagon.

Additionally, Lineas is going to do more in terms of digitisation in the next few years, including offering customers a sort of track-and-trace option. “This means that customers will know where their order is. Furthermore, in the future they will receive an automatic notification when the train arrives.” One way that Lineas is improving its processes is through its involvement in the European project ELETA. ELETA is an innovative project that aims to share real-time information about Estimated Times of Arrival (ETA) with all partners involved in train journeys.

Pauwels says that his company is also going to use digitisation to work more efficiently. “We were one of the first rail operators to give drivers tablets. We want to go further down this road by constructing a fully digitised cockpit, in which we can bring all data together. We aim to create the conditions that will allow our staff to do their work well.”

On 13 March, during Antwerp Rail School, Geert Pauwels will talk about the transformation that Lineas has made. Antwerp Rail School is being organised by the University of Antwerp and Ricardo Rail. To look at the programme, click here. 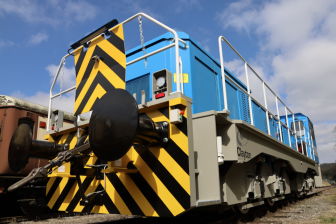