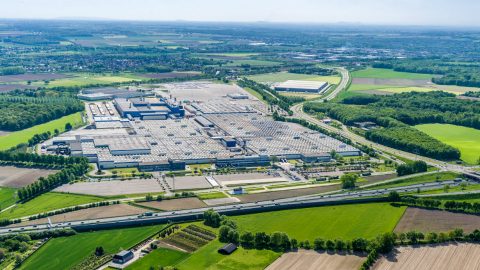 The previously planned rail connection to the factory of VDL Nedcar in the Dutch city of Born will not be established. The construction is not economically feasible. The province of Limburg however enables the car factory to expand the plant area of ​​93 hectare considerably by selling more land.

CEO of VDL Nedcar Paul van Vuuren called the cancellation very unfortunate, but a necessary decision, he explained to the regional broadcaster L1. “We have examined the feasibility well. We have tested it twice or three times, also with operators, because we do not operate a terminal ourselves, but it appears to be economically unjustified.” He acknowledged that this will put more pressure on the road network, but said the company would take this into account when opening the factory.

Preparations for the project have been running for several years. The province wanted a connection to the adjacent railway line Roermond-Maastricht of the business park to be able to transport the growing number of new cars at VDL Nedcar. Part of the project was to build a public car handling terminal on the factory site with a connection to the nearby main railway Roermond-Sittard. The rail connection would make it possible for VDL Nedcar customers to transport delivered cars to the sea ports by train.

Several variants were investigated in a previous study on the rail connection. The Ministries of Infrastructure and Water Management and of Economic Affairs were prepared under conditions to jointly contribute 10 million Euros to the financing of the railway.

As a result of the expansion of the VDL Nedcar plant, the roads around the factory will have to be adapted, according to the province. The provincial roads will only be changed when the car manufacturer starts expanding.