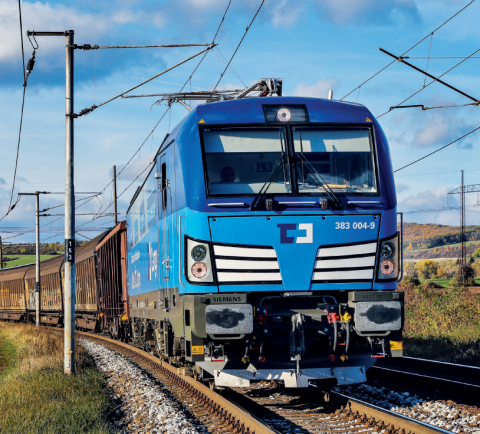 The Czech government intends to privatise CD Cargo, the national railway freight carrier and subsidiary of Czech Railways. This idea was initiated by Dan Ťok, minister of transport of the Czech Republic. According to Ťok CD Cargo needs a private investor to keep its position on the market.

“CD Cargo operates on a fully competitive market. Because it is a subsidiary of Czech Railways it is not in a good position. The inflow of private money is supposed to help with the future investments it needs. For example, the demand for new locomotives or wagons,” Ťok said to local media.

Between present and future

The idea of CD Cargo’s privatisation has been discussed by the Czech government for several years. Some cabinets promoted it, others removed it from the agenda. The current cabinet of Andrej Babiš did not define any exact data and terms to attract investors for CD Cargo but Dan Dan Ťok dropped some hints.

“Now the business of the company is doing well. But I want to see a future even for five, ten or fifteen years. If I do not do anything now, time may come when ČD Cargo will not cost a single koruna. And what will happen to it then?,” the Czech minister of transport said.

At the same time, CD Cargo is an important division of Czech Railways. The freight subsidiary is a key source of profit for the state-owned railway holding. During the first half of 2018 Czech Railways generated 388 million korunas (more than 15 million Euros) of losses while CD Cargo earned 350 million korunas (circa 14 million Euros) of profit. If the freight company will be separated from Czech Railways, the last one will increase its demand for state subsidies.

CD Cargo is the largest rail freight carrier in Czech Republic with a 68.5 per cent share. In 2017 the company transported 66.1 million tonnes of freight. It remains to be seen who could purchase a company of this size.