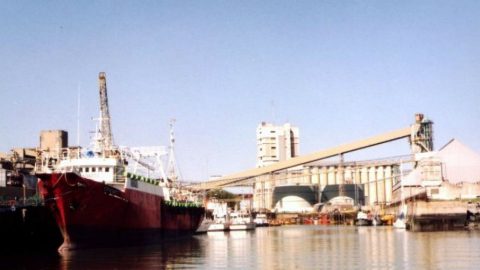 Argentina´s government is going to develop a new railway line linking the oil deposit of Vaca Muerta in Neuquen and the Atlantic Port of Ingeniero White, 660 kilometres far from Buenos Aires. The train on this line will be called North Patagonian.

This project has a budget of 666 million Euros and will be concluded in four years. The railway line covers a length of 665 kilometres, 75 per cent of this distance in the region of Rio Negro. The new rail freight service operated on this line will cut logistics costs of exporting Argentine oil by around 10 per cent. The train is able to transport up to 1.5 million tonnes yearly.

The Argentine government is rolling out several rail freight projects, the North Patagonian train being essential in securing oil exports to the EU. The minister of transport, Guillermo Dietrich, explained that he wants to increase average freight volumes on the national rail freight network by five times, from 20 thousand to 100 thousand tonnes per kilometre annually in the next four years.