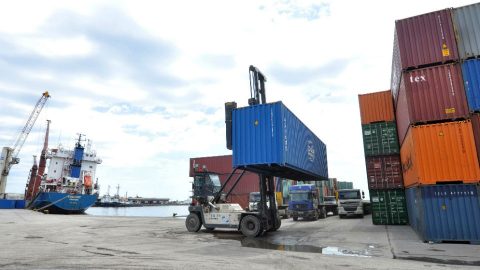 Algerian holding Cevital claims to be unable to carry out its pan-African rail freight project due to limitations in the country to finance international projects. Cevital wants to develop a railway connection between Algeria and Chad, but has had several problems with the Algerian government.

The proposed railway line would connect Algeria with South Africa via rail. There are already railway connections from South Africa to Zambia. The new railway track would cover around 4,000 kilometres from Algeria to Congo, crossing Niger, Chad and the Central African Republic. The project is budgeted to cost around 9 billion Euros.

The remarks came from Issad Rebrab, the chief officer and owner of Cevital and one of the richest persons in Algeria. The strict rules are forcing him to work with the National Bank of Algeria only, and this is jeopardising his project, he claimed. Rebrab now wants to invest his own fortune and try to obtain European funding for the project, he explained in an African forum in Geneva in March this year.

Cevital has business units in grocery, sugar, glass and steel industries and subsidiaries in Algeria, Italy and South America. For its rail project, Cevital has partnered up with national oil company Sonatrach, as well as parties in the tourism and media sectors. Its growing influence is worrying the government.

The main objective of the project is connecting Congo, Niger, Chad the Central African Republic and South Africa with the Algerian ports on the Mediterranean Sea, such as Alger, Oran or Cherchell. Currently, the country suffers from a lack of infrastructure to the ports, one of the main obstacles to reach a steady economic development.

The railway line between Algeria and Chad would help export from various countries through Algeria, such as mining products from Zambia and Congo and agricultural goods from Chad.